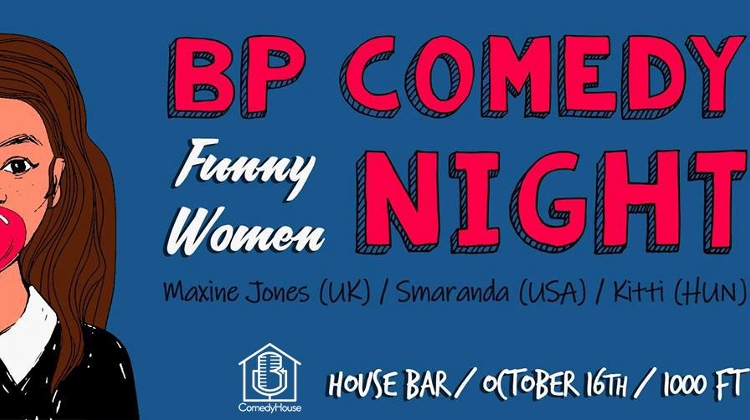 Smaranda Luna is an L.A. based actress, stand up and writer. Her credits include Closer to the Moon, Harley and the Davidsons, Out of Bounds Comedy Festival, Second City Los Angeles Comedy Festival, The Hollywood Improv, UCB, IO West, The Comedy Store L.A, The Pasadena Playhouse and numerous theatre productions. She was selected as one of Tribeca Film Festival's Digital Creators of 2017 for her dark comedy series "Patti and Marina".

Kitti Nagy’s edgy comedy either nails you to the chair or makes you fall off of it. She recently performed at the Eastern European Comedy Festival in London. You can catch one of her cruel stories at Brody Studios where she is a regular. She is the co-host of BP Comedy House’s popular Open Mic where she likes to give advice even though most of the time she needs it herself.

Maxine Jones's material is honest and refreshing, on rearing three Irish sons and on turning 60.She has taken four shows to the world famous Edinburgh Festival and has been a guest on BBC Woman's Hour. Interesting fact: In 1996, Maxine became Ireland's first divorcee, or, as she puts it, "first in the queue"!
Place: House Bar
Address: 1065 Budapest, Nagymező u. 40.