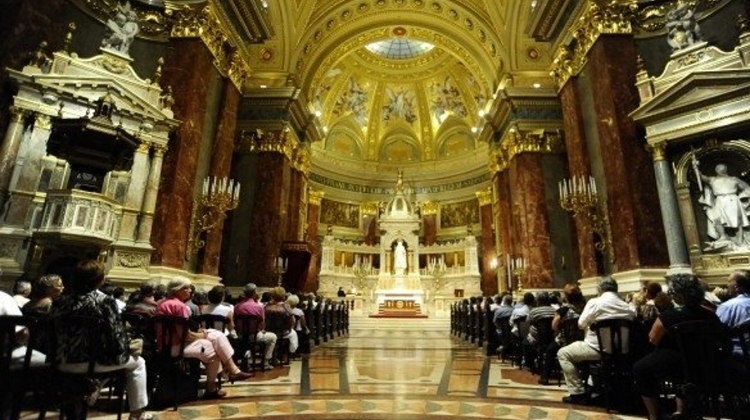 The St. Stephen’s Basilica is one of the most beautiful neo-classical buildings of Budapest. This is the most important church in Hungary, one of the most significant tourist attractions and the third highest building in our country.

The construction started in 1851, according to the plans of Miklós Ybl, and was completed by József Kauser in 1905. In the next 50 years the church suffered from wars, storms and earthquakes. The church was reconstructed 1983-2003.

The program of the concert was adapted by Miklos Teleki who belongs to some of the best organ artists in Hungary. The arias of the program are performed by Kolos Kováts, one of the most famous concert an oratorio singer in Hungary. Among numerous prices, in 1992 he received also the highest prize hungarian artist can aquire: the Kossuth Prize. The flute is played by Eleonóra Krusic who is already known for her performances with different orchestras from Barcelona to Zürich, Graz and Vienna.
Place: St. Stephen's Basilica
Address: 1051 Budapest, Szent István tér 1.