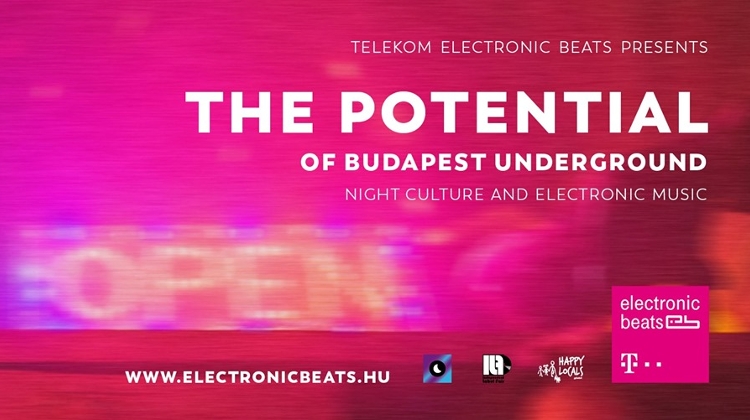 From the organisers:
The accompanying program to Budapest Electronic Beats Festival is titled The Potential of Budapest Underground. It will be held in Toldi, a beloved art movie theater on September 20-21.

Friday’s program will focus on the big screen. We will premiere the third episode of BP Underground directed by Esther Turan and Anna Koltay, in which a number of important domestic players of the past decades will talk about the history and the present of the Hungarian electronic music scene.

This will also be the day to watch B-Movie, a film summarizing the history of the Berlin underground scene with an accompanying talk about the subcultural evolution of Budapest and Berlin.

After that, Saturday is mostly about refreshing panel talks. As part of an event that starts at noon and extends into the evening, we will welcome key actors on the Budapest e-music scene, plus visiting personalities like Dimitri Hegemann, father of the legendary Berlin Tresor Club, Naja Orashvili, manager of the Bassiani club founded in Tbilisi, Georgia - which virtually started a local techno revolution -, Lutz Leichsenring, manager of the Berlin Clubcommission, and Jan Stern, Night Mayor of Prague.

The panel discussions - also joined by Hungarian guests - will touch on the mysteries of domestic independent record production, as well as safeguarding your mental health in the music scene, women’s opportunities within the creative entertainment industry, or how electronic music is transforming the city culture.

Also, this will be the day of watching Berlin Bouncer, the movie about the notorious security guards / bouncers of the German techno capital.

The Potential of Budapest Underground is a free to attend accompanying program for Telekom Electronic Beats Festival Budapest 2019, therefore seats will be available in the order of your arrival.
Place: Toldi Cinema
Address: 1054 Budapest, Bajcsy-Zsilinszky út 36-38.