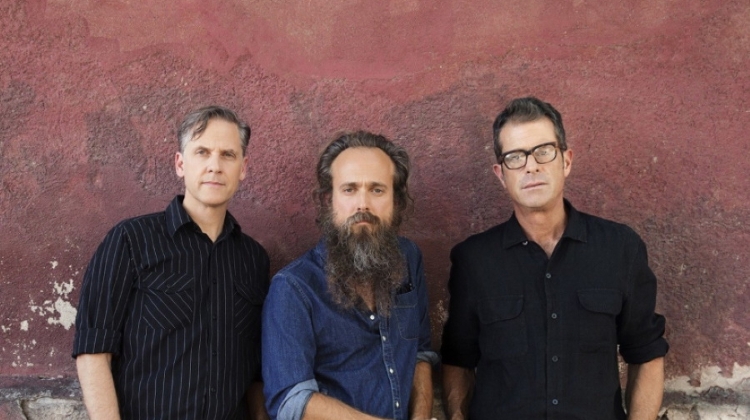 The Arizona group Calexico, who played some hugely successful concerts at the Sziget Festival at the beginning of the 2010s, arrive in Budapest alongside the South Carolina indie folk songster Sam Beam, who goes by the stage name of Iron & Wine - it will be the latter's first appearance in Hungary.

As far back as the early 1990s, the multi-instrumentalist and singer Joey Burns and drummer John Convertino were playing together in the alt-country/roots rock band Giant Sand. After leaving the group, they founded Calexico in 1996, producing an alternative rock and post rock sound that also draws on the musical worlds of the Southwestern states of the US and Mexico.

Of their numerous collaborations, their most fruitful came in 2005 when they invited one of the most talented America singer-songwriters and performers to contribute to the seven-track EP In the Reins: the multi-instrumentalist and singer Sam Beam (Iron & Wine), who is equally at home with puritan folk and richly orchestrated pop sounds. Sam later worked with the pair on two further albums, while he also sang with them on one of half a dozen Bob Dylan covers recorded for the 2007 Dylan biopic I'm Not There.

In 2018 the trio decided to create a full-length Calexico-Iron & Wine album. Years To Burn was released in 2018 of the same year and featured Sam Bean's compositions alongside songs co-written while experimenting together in the Nashville studios.

At Müpa Budapest, they will present this beautifully orchestrated material with the help of their accompanying musicians.
Place: Palace Of Arts
Address: 1095 Budapest, Komor Marcell u. 1.