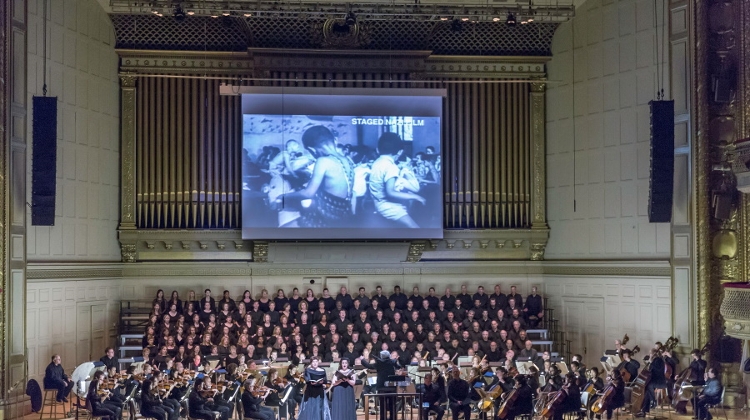 The "extraordinarily beautiful and moving" concert/drama commemorates the courageous Jewish prisoners in the Theresienstadt Concentration Camp during World War II who performed Verdi's Requiem 16 times, as an act of defiance and resistance to their Nazi captors.

The performance includes filmed interviews and rare wartime footage, and solo singers and actors from the Hungarian State Opera, Orchestra, and Chorus. It's performed in Hungarian and Italian, with English subtitles.

General admission tickets for Defiant Requiem: Verdi at Terezín are 1,000 Ft and are available on the website of the Hungarian State Opera.
Place: Reformed Church
Address: 1133 Budapest, Pozsonyi út 58.