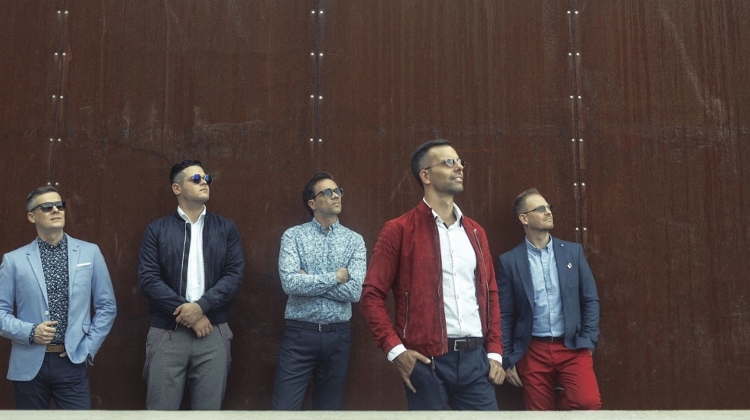 Now in its 18th year, the Hungarian vocal group Fool Moon has matured both in age and in their music.

Across the group's career, they've experimented with countless styles within the a cappella genre - vocal music without instruments. In addition to pop music, they're also at home singing jazz, folk music, gospel and rock and roll, and are even known to perform classical pieces at their concerts for students.

They've released seven full-length albums over the years, and are the recipients of numerous international and Hungarian awards and accolades. The group released the first pop a cappella hit in the history of Hungarian popular music, Kettesben jó, which enjoyed wide radio play and could be heard at cinemas in Hungary and abroad in the youth film In the Name of Sherlock Holmes. Their out-of-the-ordinary music lessons and master classes brought a cappella music to the fore in Hungary, contributing to the formation of several other pop a cappella groups.

While the members prefer listening to rock music, they've incorporated little of the genre in their music thus far. They'll make up for this deficit on the stage at Müpa Budapest, with the help of rock tenor for Dutch group Rock4 Luc Devens, and the beatboxer-vocalist for The Shudras Tibor Molnár FMaN.

No instruments, but incredible voices - the kind of miracle which doesn't last three days.
Place: Palace Of Arts
Address: 1095 Budapest, Komor Marcel u. 1.