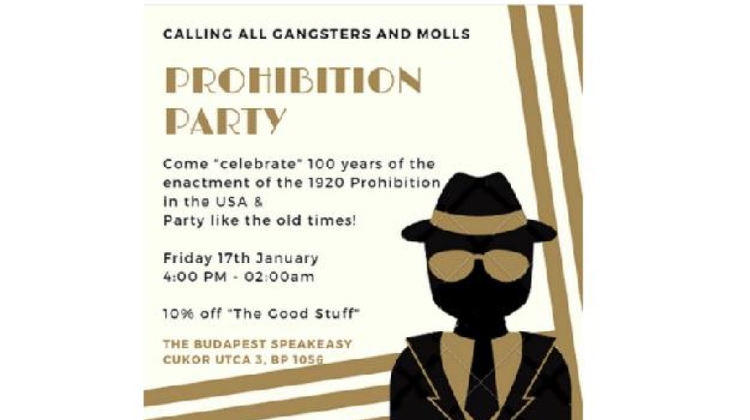 January 17 is the birthday of Templeton Rye Whiskey, bootlegger Al Capone and the son of another bootlegger, Meryl Kerkhoff.

The earliest use of the term bootlegger was during the 1880s in the Midwest when one would conceal flasks of liquor in their boot tops when going to trade with Native Americans.

The term found its permanent place in the American vocabulary when Congress passed the Eighteenth Amendment prohibiting the manufacture, transportation, and sale of alcohol in 1920.

Despite now being illegal, thirsty Americans still had a demand for liquor. While some distilleries switched their production to something legal, others took to bootlegging.

Bootleggers helped fill the demand by smuggling various brews from Canada and Mexico, and later distilling their own liquor in backwoods and secluded areas. They brought their loot back to sell to speakeasies, individuals and other establishments.

Other terms, such as rum-runner and moonshiner, became popular during this time as well.

Bootlegging has a legendary history. The Mafia arose out of the illegal and coordinated activities of bootlegging. Storied names like Al Capone, Lucky Luciano, Alphonse Kerkhoff, and Bugs Moran are surrounded by glamour, danger, and mystery.