Keep Floyding - Beyond The Horizon 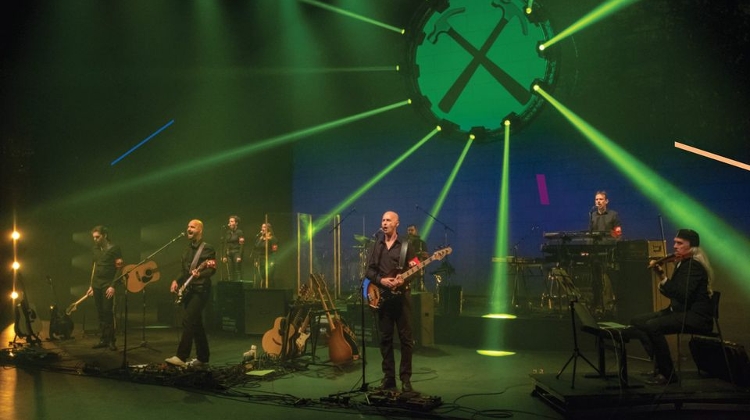 Tribute bands created with the aim of paying homage to legendary performers are playing an increasingly major role in stewarding their output - live and in concert, they keep greatest hits and cult songs alike fresh.

And this is exactly what Keep Floyding, the most successful Pink Floyd tribute act in Hungary and the region, does: even its name refers to this ongoing mission.

This concert will cast the spotlight on the entire career of one of the core pillars of the prog-rock movement and even the solo work of its members, spanning the many different lavish eras of Pink Floyd.

By the second half of the 1960s, as part of the organic development of European pop and rock music, psychedelic and progressive rock had become the two most influential spearheads of the art form, and from its very earliest days, Pink Floyd built a bridge between the two genres.

Psych rock became prog-rock, and from the late '70s through the '80s would grow into something considerably more. This career lasting, including with interruptions, five decades is one of the most significant in the modern history of rock music.

Founded as a trio in 1999 and since expanded, over the past more than 20 years to comprise 11 members, including an audio and visual technical staff, Keep Floyding is a credible and high-quality interpreter of this legacy.

They have covered nearly the entire body of work of the object of their veneration, conjuring up entire albums and legendary concerts and combining well-known hits with rarities for an ever-growing audience across the region, naturally with perfect sound and always surrounded by visuals adapted to the given venue.

Bringing a diverse and wide-ranging programme that also incorporates solo work by the members of Pink Floyd, Keep Floyding will once again use the power of music to take the audience beyond the horizon.
Place: Palace Of Arts
Address: 1095 Budapest, Komor Marcell u. 1.