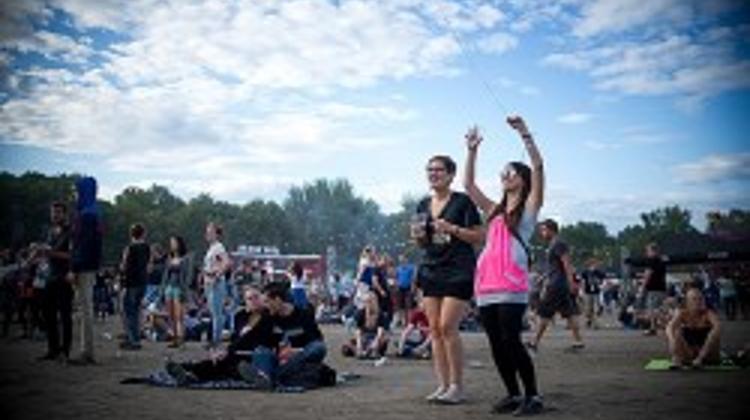 For the second year consecutively the Italian music stage is going to be hosted by the Festival on the Danube in order to promote the contemporary music of Puglia, region of southern Italy

It is for the second time that the Puglia Sounds Mambo Stage is represented at the biggest festival of Europe, at Sziget Festival 2013, which this year will be held between 5th and 12th of August.

Furthermore, selected from over 1000 emerging bands, the winners of the 10th Sziget Sound Fest The Black Beat Movement, Inbred Knucklehead, Bunda Move, Altre di B, The Yellow, The Monkey Weather will also have the chance of appearing on stage.

Apart from them, as a result of the fruitful collaboration of Sziget Festival, L’Alternativa and Puglia Sounds another Apulian group, the Mascarimíri along with other prominent representatives of the international music scene, will have the opportunity to perform in the Yeni Raki Roma Tent

This year the Apulian region will not only represent itself with its music, but also will try to promote tourism into the area and will present its gastronomic, handicraft and artistic traditions. Thanks to the cooperation of the regional tourist agency, Pugliapromozione, a so called Puglia Village will be established next to the Puglia Sounds Mambo Stage which will host promotional events (folkdance, gastronomy and tamburello manufacturing workshops and information desks) attracting both the public and the media. This magnificent forum designed to promote the music and culture of Apulia will also help the region to become an increasingly popular touristic destination.

Puglia experience in the Puglia village

Every day from 6th to 10th August 11.00 – 13.00 17.00 – 19.00: Pasta Workshop (Learn how to prepare the traditional ”orecchiette” and ”cavatelli” pastas with Raffaella. Get her recipes!), Tamburello Manufacturing Workshop (Learn to play the iconic percussion instrument of Salento, the tamburello and make your own instrument with the guidance of master Davide), Pizzica And Taranta Dance Workshop (Explore the magic dance tarantula which will cure you if you have suffered the poisonous bite of a tarantula. Follow the steps of the two wonderful dancers, Chiara and Veronica)..

Puglia Sounds is the first public project designed to develop the Italian music scene. The organisation created in 2010 to promote the rich regional music heritage of Apulia is cultivating the entire Apulian music scene in a structural way, providing opportunities to appear on the major national and international markets.

The beneficiaries of these activities are individuals or groups performing production, distribution or promotional work either on local, national or international level.

Among numerous other activities the Puglia Sounds is also endorses the innovative music fair, Medimex, held annually in Bari from the 6th to the 8th of December. Medimex is the only music fair in Italy open for both professionals and the vast audience (established in the 8000 square-meter territory of the Fiera del Levante) which hosts Italian and foreign artists, organises meetings with famous artists and prominent people of the show business, and provides ways to present the most modern instruments, musical technologies and services. For further information look at their site www.medimex.it

REKKIABILLY – Tuesday 6th of August, 2.40 p.m.
Was founded in 2005 by Dario Mattoni. In 2008 they have already played at the Sziget Festival. They are very often in tour all over the Europe and their wild and fun R&R sound is a real rock shock experience. On the Puglia Sound Mambo Stage they will present their last Cd Banana Split produced by Protosound Poliproject

BUNDAMOVE - Tuesday 6th of August 5.55 p.m.
The BUNDAMOVE is a side-project born in December 2009 from an idea of Marco “Don Skal” Calabrese, Manu “Funk” Pagliara” and Mike Minerva, band members of the famous Italian band “Roy Paci and Aretuska” in which funk is dressed with the typical beats, riffs and the relentless groove that carry us back to the vintage musical scene from the 60's and the 70's.

REDRUM ALONE – Wednesday 7 of August 2.40 p.m.
Redrum Alone is an electronic duo, which have been active in Italy since 2006. Their concept of music combines a good mix of Electro-Space, Electro Funk, Techno-Ambient and Indie-Dance.
The band is particularly esteemed for performing in live shows focusing mainly on synthesizers, drum machines, samplers and vocoders, all played live without computer support.

UAZZAMAN & JAHNO – Wednesday 7 of August 11.20 p.m./ Thurday 8th of August 11.20 p.m.
they came from Bari (Italy) to tear up the dance with their totally analogic dj set! Their cases full of banger hits are ready to detonate on the Sziget stage. Their tasty recipe for your ears? Hip Hop, Reggae, Mashups, Funk, Breakbeat, Nu-Disco. Blend dem up!

MASCARIMIRÌ - Wednesday 7 of August 11.45 p.m. YENI RAKI ROMA TENT
Mascarimirì project was born between autumn 1997 and winter 1998. Claudio ‘Cavallo’ Giagnotti and Cosimo Giagnotti (siblings of Rom origins) decide to leave the experience of “Terra de Menzu”, one of the first formations in the early 90s, which helped the revival of Salento traditional music. From 1999 till 2003, the musical project becomes consolidated and matures.

Vito Giannone and Beppe Branca start collaborating with the leader Claudio ‘Cavallo’, and respectively Vito Giannone plays the mandolin and Beppe Branca plays the bass guitar. The entering of the musician Bebbe Branca will mark the real turning point towards Tradinnovazione, introducing bass line in the groove of pizzica pizzica. “Punk-Dub-Tarantolato Salentino” is the term used to define and underline the experimentation of the group which includes some techniques in the traditional heritage which had nothing to do with the sounds of music till then.

The group, coming from Muro Leccese (Lecce), represents the most innovative group of Salento Pizzica Pizzica, thanks to six albums behind it and a first level concert activity. Mascarimirì performed in Australia, Tunisia, France, Spain, Italy, Switzerland, Belgium, Germany.

TOBIA LAMARE AND THE SELLERS - Thurday 8th of August 1.30 p.m.
Tobia Lamare & the Sellers are a musical entourage from the south east of Italy. In 1993, Tobia formed the band Psycho Sun, recording 5 albums released in Europe as well as touring throughout Italy, Spain, France, and the UK, opening for artists such as Iggy Pop & the Stooges, Karate, Sodastream. www.tobialamare.com

UNA (MARZIA STANO) – Friday 9th of August 1.30 p.m.
Marzia Stano aka UNA, was for a long time the front singer of JOLAURLO. Since 2012 UNA is working as soloist and last October, in collaboration with Negrita, Subsonica, Mannarino and other reputated Italians musicians, she flew to Miami (USA) to take part at the Hit Week Festival. In April 2013 will be presented her first Cd Una, Nessuna Centomila produced by MarteLabel.

THE YELLOW – Saturday 10th of August 1.30 p.m.
The Yellow is a brit pop band from Bari (Italy) that sings exclusively original tracks in English. The Yellow project was born in 2012. The three members, having different musical experiences, decide to mix their different aptitudes to create a new musical way, characterized by an alchemical mixture of sounds that strikes straight to the heart.

MUNICIPALE BALCANICA - Saturday 10th of August 2.35 p.m.
Municipale Balcanica was founded on 2003 with the purpose to improve the knowledge of Eastern European music. The Municipale Balcanica's approach to ancient melodies is peculiar and distinctive, due to the different musical backgrounds that each musician has brought to the band. Jazz has a very important role in the arrangement and live attitude of Municipale Balcanica, making the Eastern and exotic tunes and soloes more frantic and passionate.

Since 2006 Municipale Balcanica earned the chance to play in a lot of international festivals, either folk and jazz, they toured in Germany, France, Portugal, Bulgaria, Turkey, Slovenia and Poland, and the audience acclaimed the energetic, funny and deeply poetic gigs of the band.

THE BIG SKA SWINDLE BAND - Saturday 10th of August 11.20 p.m.
Once upon in 2001 Mr. Bogo (Dario Divella lead vocals) recruited odd personalities to create a ska band and unexpectedly becomes Skarraphon-X. Just one year later Skarraphon-X tranfers in “The Big Ska Swindle Band” adding organ and horns section. Since 2004 first band officlal issue with ‘Bogo salvi la regina – Bogo save the queen’ CD coincides with band exhibition with jamaican-ska godfathers, the Skatalites. At same time new issues as co-authors with NYSJE – New York Ska Jazz Ensemble the most important ska jazz band all over the world. If you listening to the upbeat groove mixed to a ’60 scooter roaring with stylish elegance, look at your back…. They are coming!

KALÀSCIMA – Sunday 11th of August 2.35 p.m.
Kalàscima, one of the top bands of the new folk music of the Salento (Puglia, south Italy)., is considered to be the forerunners of the NEW FOLK MUSIC Active during the last 12 years, with countless live concerts. The sound of the Kalàscima is extremely energetic and captivating, with rock insertions mixed to a solid root in the local folk music.

CRIFIU - Sunday 11th of August 3.40 p.m.
CRIFIU is one of the best band that Salento is exporting through Italy thanks to an original sound that identify them (a mix of rock, electronic, world music and Mediterranean melodies) and a powerful scenic impact. The band is able to put together electric guitars, samplers, flutes, low frequencies and powerful drums grooves to create an original and evocative identity.