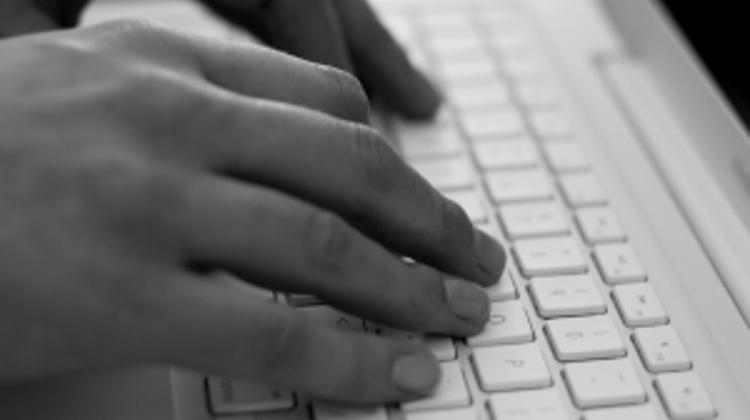 Below is a list of the many XpatLoop writers who contribute original content. Click on anyone's name to see search results for original articles they have worked on for XpatLoop. Below each name are one or two example articles to showcase each person's style. A great contributor to XpatLoop.com is <a href="http://www.xpatloop.com/search/?q=Christian%20Keszthelyi" target="blank"> Christian Keszthelyi </a> Here's one of his recent contributions: <a href="www.xpatloop.com/news/77397" target="blank"> Hungarian Water Polo Team Loses To Serbia In The Final</a>

The Hungarian water polo national team gained victory over China, yesterday in Fina’s World League Super Finals. The victory allows the Hungarian team to play in the semi-final against the national team of Montenegro, today.

Positive Expat Experience With National Health Care In Hungary
In contrast to the negative image we often hear about the Hungarian health service, Budapest expats Ian and Ruth Prest have a different story to tell: “Last week my wife and I were strolling around Budapest enjoying the view and the good weather, when she suddenly fell and badly bruised her head and leg. Pedestrians ran to us an ...

Six Great Excursion Spots Near Budapest
If you live in Budapest, but feel like escaping the noise to enjoy the green even just for a few hours, here are six great excursion destinations, all are within close reach of the city.

Well Priced Second Hand Shopping In Budapest
We all know shopping is a favorite among tourists and locals alike. When it comes to shopping there is something for everyone, whether it be a new pairs of shoes for women, the latest version of LEGO for the kids, or a new tool kit for all the self-proclaimed handyman. Budapest offers an enormous assortment of second hand stores ...

Xpat Review American & Mexican Food With Flare In Budapest
If you’re looking for a burger that’s no joke or a flavorful quesadilla then W35 American and Mexican Grill Bar is the eatery for you. Located at Wesselényi utca 35 (Akácfa utca), Budapest, 1077 this is yet another one of Budapest’s hidden restaurant gems. Within walking distance of many of the nightlife’s hottest club and bar s ...

Restaurant Review: Noir Et L’or In Budapest
Located right next to Gozsdu Court on Kiraly street, Noir et L’or has all the right ingredients required of a fine restaurant. Its interior is designed using light colors such as gold and white, intermingled with an occasional dash of black. This simple interior colour scheme creates a relaxing atmosphere where diners can enjoy ...

Restaurant Review: 'Beer & Burger' In Budapest
If you like American comfort food, there is a few places in Budapest that serve them and Beer and Burger is one of them. Designed to be a sports bar, sports tends to fall behind the amazing variety of comfort food avaliable at this bar.

Budapest's Most Pleasant Gardens
A garden is paradise to urban dwellers, who are surrounded by noise, dirt, and smog all of the time. Being close to nature is refreshing for us. This time we explore the hidden gardens of Budapest – from art cafés to top restaurants.

Expats In Budapest: Alina, Irina And Maria
We'd like to introduce you to three young and beautiful Russian expats living in Budapest. Since these women moved here a long time ago, they are well acquainted with Hungarian language and culture. Plus, these three are good friends. Alina, Irina, and Maria tell about their lives in the city.

Warning In Hungary: Do Not Have Sudden Movements Around Bears
Recently there have been more and more mentions of brown bears in Hungary, mainly around the area of the north border. Last time on May 10th was a case when poachers shot a bear in the forest neighboring Salgotarján, not long before this case a bear cub has gotten media attention at Balassagyarmat.

Hungarian Job Seekers Finding Work Through Social Networks
If you are an expat living in Hungary, searching for employment can seem like a difficult prospect. However, with the advent of the Internet and the growth of social networking sites, there are a wealth of new possibilities wherein you can obtain employment.

Xpat Opinion: Legal Aid In Hungary
If you live in Hungary and do not have sufficient financial resources to meet the costs of a court case, you can apply for legal aid. These resources extend to any expats living in Hungary, who may be entitled to financial support with regards to legal services.

Hungarian Treasure: The Sweetest Museum In Budapest
When I was a kid, every Christmas Eve I’d eat dozens of apples, oranges, pears, bananas, grapes, and a whole watermelon with no problem at all. How could I do that? The fruits weren’t real. They were miniature sculptures made out of marzipan, a sweet confection of sugar, honey, and almonds. After my grandma passed away, I missed ...

Hungarian Treasure: The Secret Soda Shop in Budapest
You won’t find the place on the first try, or even the second. In fact, when you’re in the neighborhood, you’ll probably have to ask someone for directions like I did. But once you step inside, you’ll feel like you just discovered a hidden treasure. And that’s because you did. Tucked away in a courtyard just off Budapest’s Hunya ...

JCI Expat Budapest Charity Poker Tournament, 9 Nov.
JCI Expat Budapest is organising their second Charity Poker Tournament on Saturday, 9th November 2013 @ Cotton Club – Jókai u. 26, 1066 Budapest. After the success of last year’s tournament, in which we raised almost HUF 200,000 for charity, this year we will try to beat it! In the tasteful setting of the Cotton Club, up to 90 ...

Event Report: LurdyV8 - 5th International US Car Meeting
I drove onto the parking lot of the Lurdy shopping center and walked to the rear fenced off area where a lot of visitors and exhibitors were. The deep gurgling and babbling sound announced the coming of a large and elegant limosine, followed by the bass-heavy humming of a 'Hot Rod' car. The limo glided majestically past me and t ...

Xpat Event Report: Jazz Nights At InterContinental Hotel Budapest, Every Friday
What can be better than having a fine drink, a beautiful sunset and sitting at the bank of Danube enjoying Budapest’s unique atmosphere? Jazz music, live with Erika Náray! The ‘Corso Bar’ of the Hotel InterContinental Budapest is hosting jazz nights this summer with one of the best jazz singers in Hungary.

Xpat Opinion: Vintage & Second-Hand Stores In Budapest
Vintage and second-hand stores are appropriate for any age group: for the young, their low prices and often fascinating choices; for older shoppers, nostalgia. They usually conceal a treasure of old, even antique clothes and accessories. Such shops give you that ‘treasure- hunt’ feeling providing you don’t mind rummaging through ...

Paper Tiger Budapest: Amazing Asian Restaurant, Free* Home-Delivery
'Papir Tigris' has an excellent eclectic menu serving up the most popular Asian dishes, including great sushi, noodles, stir-fried dishes, dim sum, and also some amazing desserts. It's located in the 3rd district of Budapest and has over 50 menu options; catering to anyone who's a fans of well priced and freshly prepared Asian c ...

Cinq Filles, Budapest - The Gift You Always Wanted
Looking for a sophisticated, thoughtful present for a special someone in your life? Cinq Filles offers a range of unique gifts/souvenirs that are locally produced and exquisitely packaged, making them an elegant choice for Hungarians and foreigners alike. These authentically Hungarian items include, among others, delicately scen ...

A Taste Of China: A Review Of The 'Great Chinese Restaurant' In Budapest
The Great Chinese Restaurant (Nagy Kinai Étterem) is one of the oldest Chinese restaurants in Budapest. Opened in 1992 and renewed in 1997, it prides itself on being a typical Chinese restaurant, using a reddish-brownish color as the base, red lanterns providing decorative elements and traditional Chinese music, which culminate ...

Invitation: Hungarian Chinese Karaoke Competition In Budapest
A small union has formed within the Chinese community In Hungary, due to the substantial increase in Chinese population here over the past few decades. Members of this union are largely business owners (both large and small), who have come together with the purpose of providing various entertainment opportunities to Chinese citi ...

Xpat Opinion: Hungarian Women And Politics
Since we seem to be in the swing of things, why don’t we continue with the topic of women? This time women in politics. I’m sure that you’ve all heard complaints about the number of women in the Hungarian parliament. Alas, the numbers haven’t changed in any statistically significant way in the last twenty-two years. In the first ...

Xpat Opinion: March 15th: A National Celebration In Hungary
March 15th, 1848, was the day when Hungary’s poet, Sándor Petöfi, stood on the steps of the National Museum and recited the poem which was to mobilise Hungarians into an (unsuccessful) attempt to overthrow the yoke of Austrian oppression, and win the nation independence and freedom. The anniversary of this event was marked under ...

Xpat Opinion: History Of Valentin's Day In Hungary
St.Valentine’s Day has been celebrated in Britain for centuries. February 14th is associated with romantic love, and since the late 18th century cards have been sent – often anonymously - by those unable to express their love and admiration personally to the object of their desires.

And there have been many more over the last 12+ years...