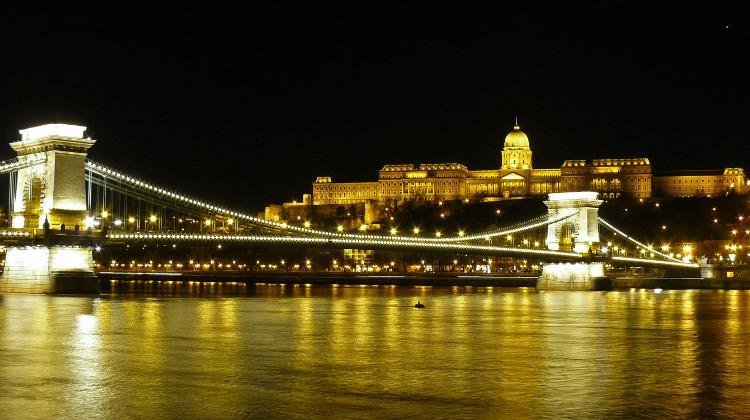 "The Danube banks, Castle District and Andrássy út in Budapest, Pannonhalma, Hollókő, Hortobágy, Lake Fertő and its natural surroundings, the Early Christian Necropolis in Pécs and, last but not least, the Tokaj wine region are the outstanding, unique cultural and natural assets of Hungary, which have been included in the World Heritage List.

Divided by the Danube, Budapest offers a unique reflection of thousand years of history. Its ancient kernel was declared a World Heritage Site in 1987. In addition to its significance in terms of urbanism, the hilly Buda, which had been a separate town until 1873, offers a magnificent panoramic view to visitors with its medieval Castle District, Saint Gerard Hill, the Citadel and the famous Saint Gerard Spa.

The riverbank of the flat Pest side, features a number of magnificent architectural monuments, including the Parliament, the Redoute, the Hungarian Academy of Sciences, and Gresham Palace. A few years later, the Pest side earned new World Heritage sites. In 2002 Andrássy út, an avenue lined with mansions, Heroes’ Square and the Millennium Underground, the first of its kind in mainland Europe, was also put on the list of protected sites.

Located about 100 km from Budapest, the old Palóc village of Hollókő in Nógrád County, was the first Hungarian site to be inscribed in the World Heritage List. The settlement is not a museum. The inhabitants still use its traditional white houses and church with a shingled tower. On festive days, time seems to stand still. In the traditionalist village of 400 inhabitants’ streets are filled with people, most of them wearing decorative, old traditional costumes.

Hungary’s protected natural assets, include an exclusive item, the Caves of Aggtelek Karst and Slovak Karst, which are underneath the Hungarian-Slovakian border. Of the 712 caves, inside a labyrinth of 220-240 million years of age, 273 are accessible from Hungary. The most famous one is the 25 km long Baradla-Domica cave system, which is home to countless rare animal and plant species.

The underground area is not only rich in dripstones, but is also important from a geographic, biological, archaeological, and paleontological perspective. Research has repeatedly shown that pre-historic man inhabited these caves, which offer visitors a high number of special experiences.

Towering out of Hungary’s Little Plain, the Archabbey of Pannonhalma, was declared a world heritage site on the millennium of its foundation. The place, which has been home to the followers of Saint Benedict since 996 is still one of the most important centres of Christian religion, and ideology in Hungary.

The Benedictine order has played a key role in preserving culture, and spreading Catholicism ever since the early Middle Ages, as is testified by the monastery’s rich collection. The abbey is not only a denominational and educational centre; it also houses the world’s richest and largest Benedictine library. The monastery’s unique treasury and collection of antiquities and artworks, also contributed to the acquisition of the noble title.

Hungary’s first national park, occupying 82 thousand hectares, Hortobágy is the finest example of a harmonious symbiosis of man and intact nature. The cultivation area, which has been inhabited and shaped by communities of shepherds, is Europe’s most significant grassy and alkaline steppe. The area has a special flora and fauna: grey cattle, Racka sheep and Mangalitza, have become symbols of the region, but the avifauna is also exceptional. The farms, sweep-pole wells, and inns of the apparently endless steppe, are world famous, but the Nine Arch Bridge, also reminds people of Hortobágy.

The ancestor of what is now Pécs, Sopianae was founded by the Romans in the early 2nd century. A few centuries later, it grew to be a provincial capital, and later a religious centre of Christianity. The Early Christian Necropolises, underneath the 1600-year-old city, are a unique illustration of burial customs, and the cult of the dead in the late Roman period. So far 16 burial sites have been discovered under the city, including the most famous Peter-Paul and the Wine Jar burial chambers.

The interior of the Roman-style crypts is covered by elaborate mural frescos and drawings. In addition to the burial chambers, several thousand Roman tombs have been unearthed, which constitutes the largest set of tombs of this type outside Rome. It is fair to say that these structures, which are equally significant in terms of architecture, art and cultural history, deserve their place in UNESCO’s list of protected sites.

Lake Fertő/Neusiedler See, has the title of world heritage site, shared by Hungary and Austria, as three quarters of the lake reach beyond the Austrian border. Fertő is the largest saline lake in Europe. As well as Hortobágy, the region reflects the harmony of human activity and nature. Much of the lake is covered by reed with spots of swamp and a varying water level, which remains below 1.8 meters even at the deepest point. The lake’s surface merges several climatic zones, which has resulted in an exceptionally rich and diverse flora and fauna. In addition to its natural values, the region offers several cultural sights for visitors, such as Esterházy Palace in Fertőd, and Széchenyi Palace in Nagycenk, both located within the protected area.

Tokaji Aszú, is one of the most popular sweet white wines in Hungarian gastronomy, an ambassador of Hungarian viniculture. Produced from a special grape variety by special technology, this dessert wine of the Tokaj-Hegyalja wine region, also contributed to the region’s inscription as a world heritage site. With its excellent geo-logical and climate conditions, the region has been home to viticulture and wine making since ancient times. The region first received public attention in 1737, when it was declared a closed wine region by a royal decree. Local production goes back to more than 300 years. The Tokaj-Hegyalja protected wine region, incorporates first class crop areas."