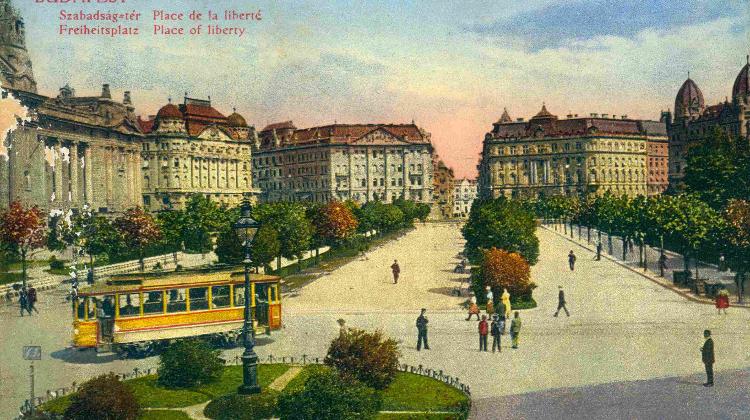 If there was any doubt in your mind that Hungarians are individualists – a spirit somewhat dampened by history in the last century, but which is trickling back – you have only to walk around the streets of Budapest where no two buildings appear to have been built in the same style.

When you think of the regency rows of London, the terrace houses of Hamburg or The Hague, it is astonishing that such a conglomeration should co- exist of neo-Classical, neo-Gothic, neo-Baroque, Biedermeyer, Jugenstil, Bauhaus and - when a building is unclassifiable being vaguely Rococo, Ottoman or like a French palais – they call it eclectic.

I only know of one exception which is the Pilvax Köz where one side of the entire street minutely mirrors the other down to the last detail. (The street is called after the Pilvax coffee house where Sándor Petőfi had breakfast every morning and was a hothouse of revolutionaries in 1848.)

Of course, Budapest was one of the worst bombed cities in the war and in the sixties and seventies concrete monstrosities filled the craters between these Gothic gargoyles and Corinthian columns. However, I have just read that official opinion on this style of architecture is being revised, at least in Great Britain, so perhaps Brutalism is on its way back.

My favourite architect is József Hild. He was City Architect of Budapest from 1845, one of the major exponents of neo-classicism. His were the original plans for the Basilica, later completed by Miklós Ybl. But his townhouses and villas are all over Budapest, some with Műemlék plaques on the wall, some without, especially in the Október 6 and Nádor utcas and there is one in the old Váci utca.

His designs are so simple, so harmonious in the perfection of their proportions, almost minimalist in style, built as they were at a time of architectural excess. They are like the French definition of a woman’s elegance: not noticeable at first glance, but once noticed, unforgettable. (The one on the corner of Arany János utca was built at a later date and is not typical – I also question if it was Hild’s idea to paint it ox-blood red.)

Emil Vidor on the other hand is very noticeable indeed. He started building the first Art Nouveau villas and townhouses for prominent families in Budapest in the early 1900’s. (Art Nouveau here is called Szecesszió, not a word to hazard after more than one Fröccs.) His style was influenced by the Belgian architect, Victor Horta, and is very different from Ödön Lechner’s more Byzantine Szecesszió style.

There are no Műemlék plaques outside his buildings, but when you see convoluted columns and intricate arabesques in iron work you know you are looking at a brain child of Emil Vidor. He has three villas in the Városliget alone, and townhouses on Pozsonyi út and Falk Miksa, as well as the one time residence of the Hungarian brewers, the Dréher family, in Népszínház utca. But his most famous building is the Bedő Ház on Honvéd utca near the Szabadság tér. It has been completely restored and has an Art Nouveau Museum, Coffee House and shop next door.