Children's Railway In Buda Hills Is Out Of Service 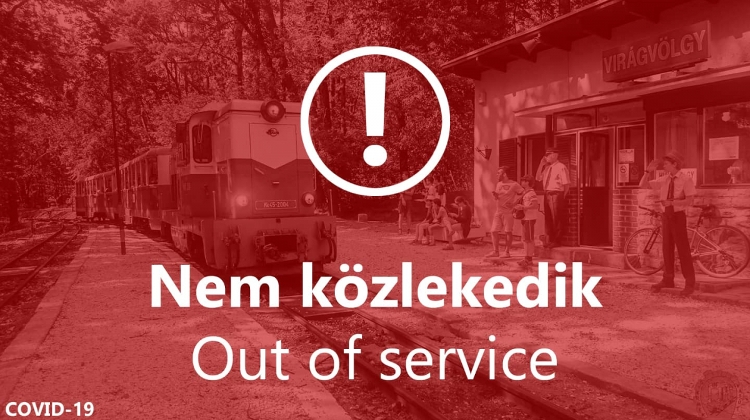 In accordance with the decision of the management of the railway company, Children’s Railway will be out of service. In order to preserve the health of the railroaders and the passengers, as a precaution the trains will not be operating between Széchenyihegy and Hűvösvölgy.

It's been called “the greatest toy in the world,” but it is not entirely true. Children aged 10 to 14 control the traffic and commercial services provided but strictly according to regulations of any other railway line of the State Railways of Hungary (MAV Zrt).

The engines are driven by adult engineers, and children on duty are continuously supervised by adult railway employees. Apart from that, children do their jobs, operate the switches and signals, print tickets and keep passengers informed, on their own.

The Children’s Railway in Budapest is not a unique institution of its kind, but it has always been by far the largest, most popular and serious one of them all in the world.

Every year from 15th March at weekends and on public holidays train services are operated every 45 minutes on average. On workdays they are available at 60 minute intervals.

Until the end of August train services are operated from Monday to Sunday.

On hot summer days, special, open compartment coaches are also included in our train sets. The Challengeland Kalandpálya next to Csillebérc is closed.