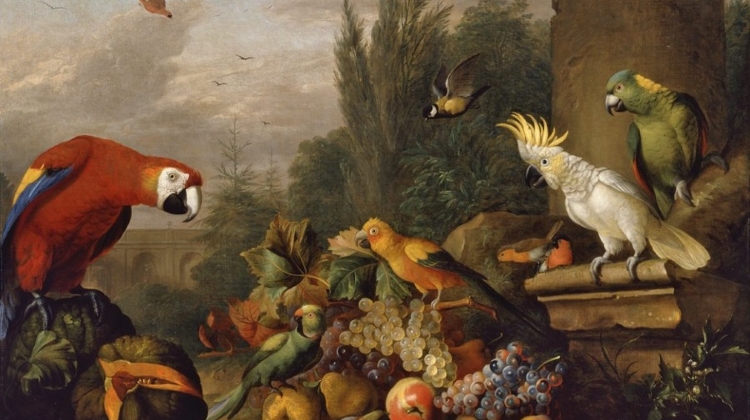 Due to the new state of emergency situation, before attending any events, it is best to check with the venue / organisers since lots of events are being cancelled or postponed.

Now on: The – not yet complete – permanent exhibition of baroque art that was organised by the colleagues from the Old Hungarian collection can be viewed on the museum’s second floor.

The exhibition encompasses the art of historical Hungary and its Central European connections from the late sixteenth century to 1800.

The display of the rich collection of various types of objects predominantly follows a chronological order and within that it is divided into thematic sections.

The ecclesiastical art and funerary cult of seventeeht-century Hungary are presented through monastic pictures, epitaphs, and funerary portraits. The milieu of baroque aristocratic castles is evoked by portraits, still lifes, painted tapestries, and a rare cupboard with Nativity scene.

The paintings of Jakab Bogdány and Ádám Mányoki, both artists having earned a name abroad, are the most remarkable representatives of the genre of still life and portraiture.

The most spectacular part of the museum’s baroque collection is assigned a special hall: here visitors can admire Hungary’s eighteenth-century ecclesiastical painting and sculpture, comprising painted and gilded wooden sculptures as well as richly coloured altarpieces, many of them of a monumental scale.

The Viennese baroque, which bears the inspiration of Italy, was introduced to the Central European region by Austrian and mainly Viennese painters and sculptors, such as Franz Anton Maulbertsch, the genius of fresco and altarpiece painting, a large part of whose œuvre is made up of works on Hungarian ecclesiastical commissions.

The art of the era of Enlightenment is showcased at the current exhibition by the principal work of late baroque historical painting: the Szentgotthárd panneaux by István Dorffmaister.

Walking through the exhibition, visitors can study the changes in genres and styles that took place over more than 200 years in Hungarian painting and sculpture and see them in the context of history, cultural history, and the geography of art.

In order to present as complete a historical picture of the art and diverging artistic relations of the period – which once belonged to the sphere of interest of aristocratic and priestly patrons and collectors – the core material of the permanent exhibition is supplemented with loans from other Hungarian museums as well as ecclesiastical and private collections.