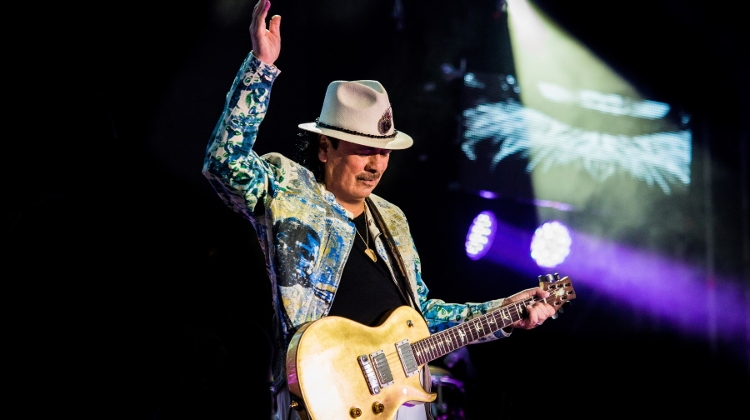 Livenation wants to let you know that unfortunately Santana will no longer be playing as scheduled on March 19 at Budapest Arena. Please contact point of purchase for all ticketing inquiries.

Ten time Grammy-Award, three time Latin Grammy-Award winning rock icon and Rock and Roll Hall of Fame guitarist Carlos Santana has announced he will hit the road across Europe this spring for the Miraculous 2020 World Tour.

Making stops with his band in Italy, Germany, UK, Scandinavia, and more, they will perform passion-filled songs from their fifty year career, including fan favorites from Woodstock to Supernatural and beyond.

The tour will commemorate two very important milestones in the iconic guitarist’s career: the 20th anniversary of his groundbreaking, multiple Grammy-winning album Supernatural and the 50th anniversary of his masterpiece Abraxas. Come find out why Santana has had a song in the Top 10 in every decade since the 1960’s.

While Santana will highlight songs from both his Supernatural and Woodstock eras on the Miraculous 2020 World Tour, he will also feature what he calls “the new hymns and songs of tomorrow.”

"When you come to a Santana concert, the miraculous happens. Miraculous means, transforming darkness into delight. I feel like a 20-year-old on stage playing with this band, and they deliver high energy on every song. When we hit the stage, we know we will touch your heart and make you dance, sing, cry, laugh and leave your baggage behind.

Our vision-mission is designed to elevate, transform and illumine consciousness to make you want to embrace your own light and allow for miracles and blessings to flow from your own heart.”

Delivered with a level of passion and soul equal to the legendary sonic charge of his guitar, the sound of Carlos Santana is one of the world's best-known musical signatures. For more than five decades—from Santana's earliest days as a groundbreaking Afro-Latin-blues-rock fusion outfit in San Francisco—Carlos has been the visionary force behind artistry that transcends musical genres and generational, cultural and geographical boundaries.