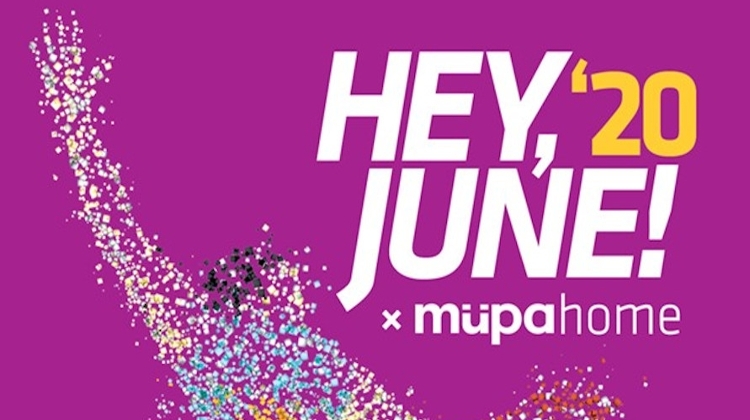 A welcome to summer, the finale to the season and a great party. Hey, June! is one of Müpa Budapest’s most established concert series.

The festival has been setting the scene for the summer season with Hungarian productions that can’t be seen elsewhere ever since the venue opened its doors in 2005.

These concerts all come with a special twist to make them an unforgettable experience as bands embracing an eclectic blend of genres and growing in nationwide popularity appear alongside performers from the cream of Hungarian music to kick open the door to summer.

This year, Hey, June! will comprise performances recorded from 2016 and 2019 as part of the Müpa Home streaming service.

The exact schedule is listed below, beginning with the concert by Tátrai Band in 2018, when the formation comprising legendary musicians appeared for the first time in the Béla Bartók National Concert Hall.

The psychedelic soul, or rather funk-jazz-hip-hop-rock, of Mörk made its debut in 2019, when the remarkably eclectic band finished with a wild 15-minute jam. For their 2016 concert, Szabó Benedek és a Galaxisok played songs previously unheard alongside familiar numbers in a genuine theatrical setting and in a formation not seen before or since.

Margaret Island was five years old in 2019, when its show entitled A csend színei (The Music of Silence) brought Viki Lábas and her band to a concert hall – where they delivered a soothing and thoughtful selection of their songs to date.

The wind trio Konyha, joined by their guests, greeted June 2018 with music to bring delight to any soul. In her 2017 Hey, June! concert, Szeder was half-way between her previous folk and jazz leanings and current keyboard-driven indie-pop style, while Magashegyi Underground adapted its ethereal sound specifically for its 2018 Holdfényváros (Moonlight City) acoustic and literary evening at Müpa Budapest.