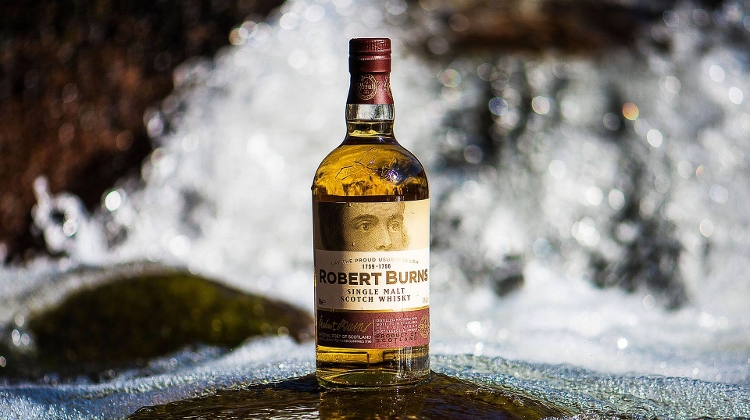 Every year in January, Robert Burns is in spotlight, as are the products of The Isle of Arran Distillery. Here we shine some light on what they have in common.

The poet, Robert Burns was born on 25th January 1759 to a poor family in Alloway. After an illustrious career, he was deemed the national poet of Scotland after his death in 1796.

He was a candid lover of whisky which he mentioned in several of his writings and helped to popularize it as the nation’s favourite drink.

It is from the poem called "The Author’s Earnest Cry and Prayer” which he wrote in order to convince the 45 Scottish representatives in the House of Commons, who were preparing to vote in favour of a bill concerning the excise tax on Scotch whisky which was a predecessor of income tax back in the day.

In his poem, Burns states that it was Scotch whisky which helped Scotland earn its freedom and respect in the past. And while this proclamation is a bit of an overstatement, Burns was so convincing that the representatives ended up voting against the bill. This iconic act has contributed to whisky’s image as a symbol of the nation, and an icon of Scottish patriotism.

Since 2000, The Isle of Arran Distillery is a member of the World Burns Federation. As such, the distillery owns the rights to bottle official Robert Burns whiskys.

To commemorate the iconic author, the distillery’s master distiller created two expressions: a single malt, and a blend, with the poet’s portrait and signature on the bottle and the packaging.

"Sin on and fear not”

There are several myths existing about the great and kind-hearted poet from which the most captivating is the following. At a point in his life, Burns was unable to support himself from either his farming business, or his poetry. As a necessity, he went on to work as an exciseman, an agent responsible for enforcing excise, and punish violators, who did not pay the official „taxes”.

Plenty of interesting and entertaining stories have been passed on from this time. One tells of a visit he had to pay to an elderly lady, who was suspected to run an illegal still in her home. He asked for whisky, bread, and some cheese. But when inquiring about the necessary payment, the lady only charged a small amount for the bread and cheese. Hearing this, our poet turned a blind eye to the lady’s illegal whisky production by saying "sin on, and fear not”.

However, Arran’s bottlings are not the only ones which have a connection to Burns. One of the famous Scottish independent bottlers, Douglas Laing’s core whiskies is called the ’Timorous Beastie’.

This bottling is a reference to one of Robert Burns’ famous poems, called ’To a Mouse’. In it, the author apologises to a mouse for disturbing its nest while working on the fields with a hoe. 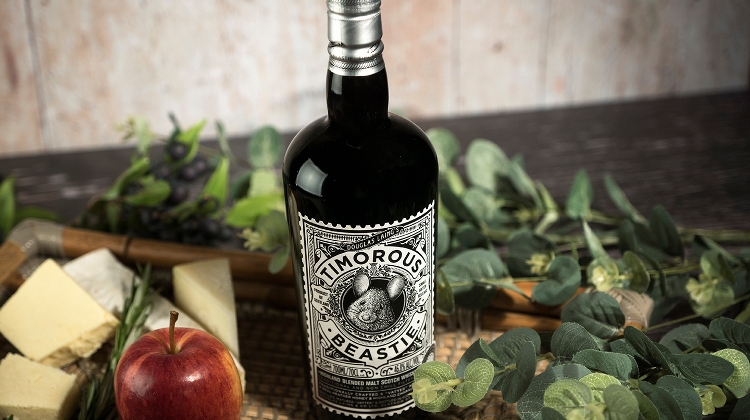 The front of this whisky’s label features the adorable creature, while the whisky inside is a blended malt with the flavours of a typical highland scotch whisky: smooth, with honeyed and fruity notes.

We commemorate the poet’s life every year on Burns Night, his birthday, 25th January. In the evening, the guests traditionally eat haggis, a traditional Scottish recipe, and enjoy a glass of good whisky.

Since 2004, this event is also held in Budapest by the International Robert Burns Foundation each year in Hotel Corinthia’s imposing ballroom. Unfortunately, due to this year’s restrictions, the event cannot be held, but Arran Distillery still supports the local Burns Association with its Arran Burns miniatures being part of this year’s Burns Hamper.

We also suggest to every whisky-lover to celebrate at home with a glass of Robert burns malt, or a Timorous Beastie.

You'll be glad to know that this January, in Hungary, a list of Arran malts, and the Timorous beastie, are on sale in WhiskyNet’s webshop.