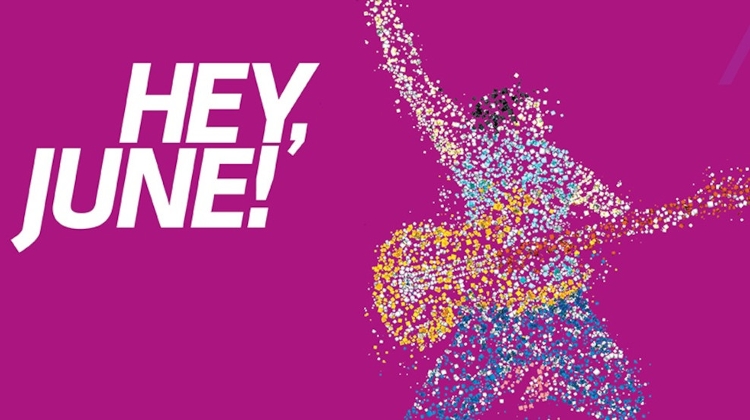 After two years of being forced to watch them online, this summer viewers will finally get to return to the Hey, June! concerts in person, bringing live applause back to the auditoriums along with the popular music. Between 3 and 23 June, five Hungarian bands will take the stage to officially kick off the summer.

Opening the series will be Hungary's number one dream pop band, the Mayberian Sanskülotts, who celebrated the tenth anniversary of their foundation last year.

The band, which after starting out as a duo comprised of Zita Csordás and Gallusz Balogh has since expanded to six members, has been preparing for the concert for a long time, so we can be sure that they will give us everything they've got on the stage of the Festival Theatre.

Péter Egyedi's first solo album, Mmamt – Mindennek megvan a maga története ("Everything has its own story") – released in 2019, was immediately declared one of the best records of the year on Recorder. Issued early last year, Mmamt II not only continues this, but raises the bar – if this were possible – to an even higher level, significantly expanding Egyedi's boundaries in several directions.

What originally started out as a "bedroom project" for a single guitarist achieves its full splendour with the addition of a complete band.

The Hey, June audience will get to welcome Benedek Szabó and company like good friends, as they have already performed as part of the series, in 2016. Of course, many things have happened since then. For example, the name of the band change.

For this appearance, the band, which started billing itself as “simply” Galaxisok nearly two years now, will select songs – their own favourites – from their six albums to date.

Anna and the Barbies require no introduction for anyone, as they are one of the coolest and most colourful bands in Hungary, experimenting not only with the spectacle on stage, but also in fusing different branches of the arts.

In the Béla Bartók National Concert Hall, in addition to performing rearranged songs incorporating additional contributors, they will also flash a conspiratorial wink at Anna Pásztor's past as a dancer.

Mike Gotthard and Dániel Szebényi met during their university years, and in the decade that has passed since they have been involved in numerous projects both together and separately. As the final act in the series, the duo will give the audience a chance to dive deep into their diverse, cross-genre work.