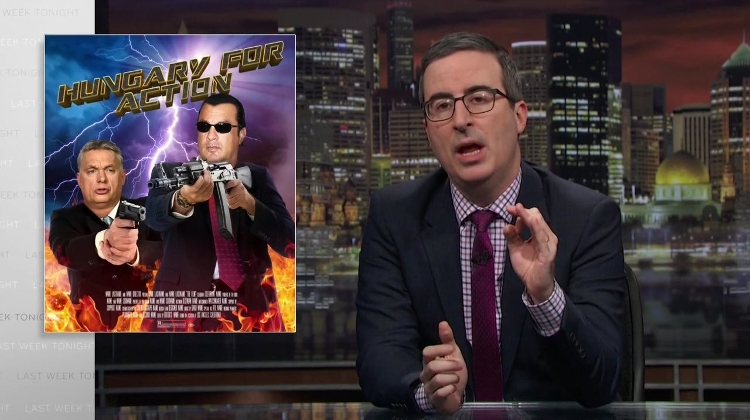 Popular presenter Oliver jokingly described Orbán as "henchman number three in a video-on-demand Steven Seagal movie", and "a deeply unpleasant leader" - as the video below shows.

He went on to claim that the ruling Fidesz-KDNP coalision have rigged the electoral system in their own favour, and so should be expected to win the election.

Oliver poked some serious fun at opposition parties too, especially Jobbik, and said he really liked the Two Tailed Dog Party candidate who dressed as a chicken for his allocated state TV appearance.

He also referred to the issue of 'fake political parties' established to take advantage of state subsidies for electioneering, which diluted the vote.