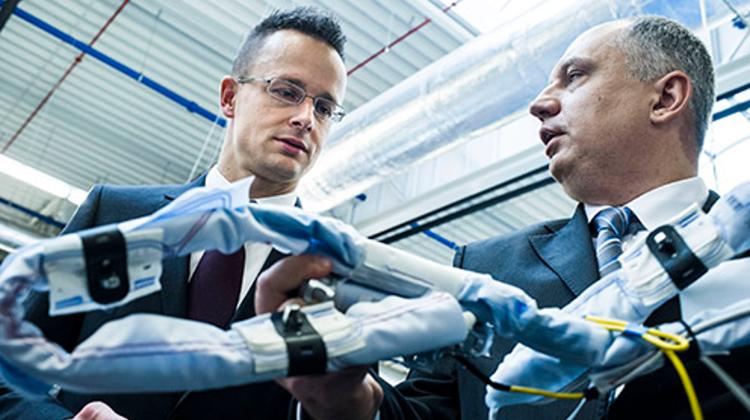 On Wednesday, automotive components manufacturer Delphi inaugurated its 8000 square meter new production hall, which will double the company’s Tatabánya unit’s production and will create a hundred new jobs. The expansion is worth HUF 3.4 billion (EUR 11.3 million) of which HUF 686 million (EUR 2.3 million) was provided from non-repayable Hungarian and EU funds.

State Secretary for Foreign Affairs and External Economic Relations Péter Szijjártó said Delphi’s expansion strengthens Hungary’s efforts to be one of the “citadels” of the automotive industry and it demonstrates the success of Hungarian-American economic relations. He added that the Government had begun negotiations for the conclusion of a strategic cooperation agreement with the company.

With the expansion, Delphi's Tatabánya unit currently employs 1200 people, but as a result of further investments this number may reach 1400 by 2015. Delphi has been present in Hungary since 1991 and has so far invested HUF 66 billion (some 220 million euros) in Hungary. It operates a total of three plants in Hungary (in Tatabánya, Balassagyarmat and Szombathely) and employs more than 3000 people.