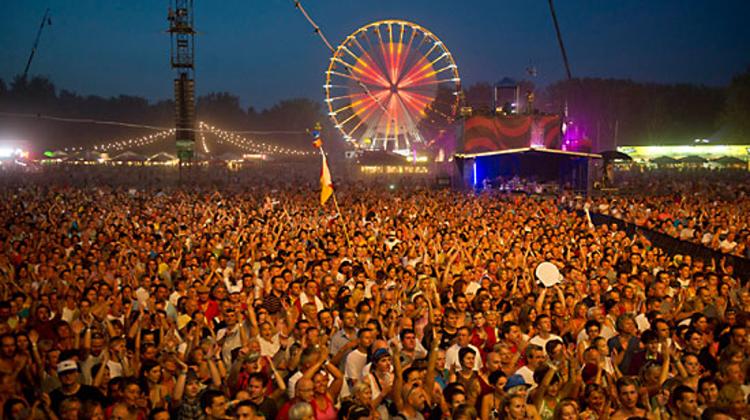 The Sziget 2012 live stream schedule is now complete and available on the official Sziget YouTube channel. A total of 50 Sziget concerts will be live streamed on YouTube between 8 and 12 August, from 3PM CET till late at night each day.

Sziget is celebrating its 20th anniversary in style and this includes many new services to keep fans happy. In spite of already hosting visitors from over 60 countries (probably the most international festival crowd ever!), the event officially voted as “Europe’s Best Major Festival” is keen to include fans who can’t join the party this year.

Some of the big names were already announced a few days ago - such as Placebo, Korn, SUM 41, Deus and Hurts - but the Sziget crew has continued to work hard to sign more and more acts to be part of the broadcast. New additions include The Ting Tings, Paolo Nutini, Two Door Cinema Club, Maximo Park, Fink, Goran Bregovic, Emir Kusturica, Leningrad, Yonderboi and so much more. Many of the concerts have been approved for recording so fans will be able to watch them as free on demand videos once the festival is over on the official Sziget YouTube channel.

The Sziget YouTube broadcast will involve 3 complete camera teams working on 3 different stages, using a total of 14 HD cameras, dedicated sound engineers generating the best possible audio quality and a professional crew that will do everything to ensure the YouTube audience feels part of the show. You can’t beat being at the festival, but watching it live on YouTube is definitely the next best thing.