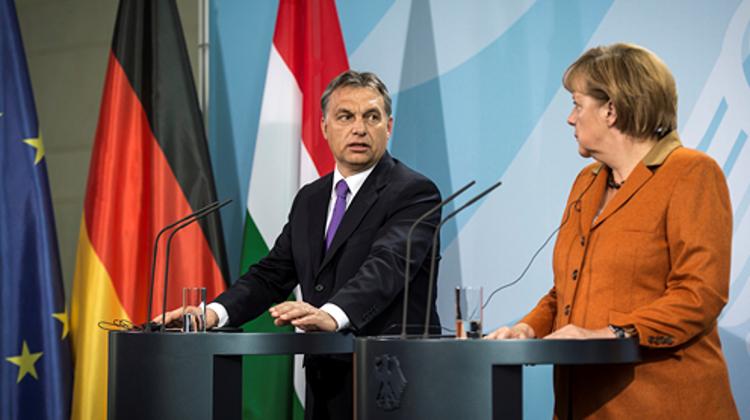 After talks with Hungarian Prime Minister Viktor Orbán, German Chancellor Angela Merkel said that she welcomes the fact that the Hungarian government is following the European Commission's guidance on recent contested issues; Viktor Orbán said that after weaker performance in 2012, Hungary's economy will turn the corner next year.

The Hungarian Prime Minister said that the Fidesz government is preparing new economic action plans. The next two or three years will not see high levels of economic growth, and encouraging employment alongside poor growth will be the Government's biggest ‘professional challenge’. Concerning bilateral ties, both parties highlighted close economic relations between the two countries and the significance of German investments in Hungary. Viktor Orbán said that 1,2 million Hungarians depend economically on German companies, so what is good for the German economy is also good for the Hungarian economy.

The German chancellor welcomed the fact that ‘the Hungarian government is following the European Commission's guidance on recent contested issues.’ She pointed out that Hungary has made progress in terms of reaching agreement with the European Union, adding that the Hungarian government has considered the criticisms from its European partners and amended contested legislation.

She also said that the euro's success was of fundamental significance to EU member states outside the eurozone, the expansion of which would again be put on the agenda after consolidation. She stated that it is understandable that Hungary is not currently engaged in adopting the single currency, and that Viktor Orbán had ‘never opposed’ eurozone reforms.

The Hungarian Prime Minister confirmed this, but stated that Hungary would like to introduce the euro only when it offers positive prospects again and the country is prepared for it.

Chancellor Merkel regarded as constructive and useful the dialogue she had with the Hungarian prime minister on the economy, voting rights and the media. She said this aided clarification of these issues.