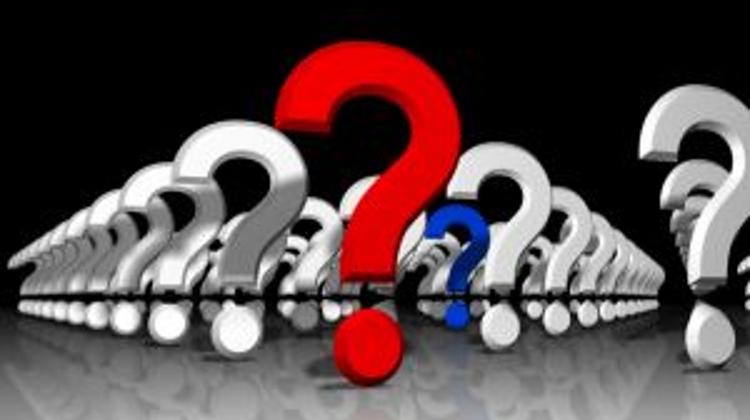 The leading pro-government daily welcomes the failure of the EU summit as a sign of democracy and good news for Hungary, while its left-wing counterpart accuses PM Orbán of selfishness. An influential economist says that although the EU’s growth forecasts are biased against Hungary, the government has to make efforts to convince Brussels anyway. An independent centrist outlet suspects that once the EU lifts the excessive deficit procedure the government will be free to start spreading money around immediately before the 2014 elections.

István Pataky argues in his Magyar Nemzet editorial that the failure to reach an agreement on the 2014-2020 budgetary framework at the EU summit in Brussels last week is not yet another sign of crisis. On the contrary, he says, the negotiations revealed that national leaders look to their own domestic constituencies because they know that a government that does not deliver prosperity or better living standards is doomed in a democracy. Although protracted negotiations may weaken the EU vis-a-vis other great world powers, and may shorten the time span for finalising the budget, Pataky thinks “this is a more pleasant face” of the EU: its democratic face, with national leaders fighting to achieve the best possible outcome for their own countries.

Now EU member states and coalitions have been negotiating as equals, he claims, contrasting this procedure with situations where “strong economies feel entitled to impose their will” on the weaker. He ends his essay on an optimistic note, arguing that Hungary’s position strengthened when Donald (Duck) Tusk, the representative of Poland who spearheads the “Friends of Cohesion” coalition, stood by her and their common strategy.

Népszabadság’s columnist Sándor Révész takes a rather different angle on the same event and the same alliance. He castigates Viktor Orbán for his remark at a press conference of the “Friends of Cohesion” when the Hungarian Premier asked why the EU should give money to Africa and take money away from peasants in Szabolcs-Szatmár County (the poorest region in Hungary). Had he been born a Bavarian peasant, continues Révész, he would ask why it was necessary to give to Hungarian peasants and take away from Thuringia. Révész thinks this sums up Mr Orbán’s sense of solidarity and morality. Révész reminds the Prime Minister that LDC countries are in desperate need. Humanitarian organizations called for an increase in European aid and the EU was willing to listen. The left-liberal pundit claims the sum Hungary should contribute amounts to a tenth of the loss incurred by the national budget because the government has not signed a stand-by agreement with the IMF.

In his Heti Válasz article, economic analyst and businessman Peter Heim rectifies his earlier assessment of Hungary’s growth potential next year as too optimistic. Two weeks ago, he explains, “the government responded badly to the false deficit predictions of the EU,” thus damaging the conditions of economic activity in Hungary. Heim says the Commission’s estimate of a 3.8 percentage deficit for 2013, in the wake of the first Matolcsy package, was unreasonably pessimistic — he thought it could by no means exceed 3.3 per cent. Emotionally speaking, Heim continues, it is understandable that the government met the demand for an additional deficit cut by extending the bank levy for another year, yet this response is harmful for the economy. It also increased the levy on transactions whereby the banks will react by contracting lending activities.

Under these conditions, the Hungarian trade surplus which Heim expects to grow in 2013 cannot counterbalance the amount of capital leaving the country. While in the first scenario, the Hungarian forint would have been “under pressure to appreciate”, he now expects the currency to weaken. Due to the stress on the banking sector, he warns, the expected growth rate may even turn negative “which is not the best scenario for an election year”. Heim believes the Commission was indeed wrong, but instead of making faces and taking rash decisions, the government should have convinced them that its deficit target was realistic. He hopes nevertheless, that it is still possible to look for ways to save money, instead of hindering growth through further burdens on banks.

Véleményvezér claims that Prime Minister Orbán’s determination to meet EU requirements and push three austerity packages through Parliament is politically motivated. The opinion site finds the serial restrictions shocking and speculates that they are part of a “mad plan” by PM Orbán, whose eyes are on the 2014 elections. If the Commission can be convinced –Véleményvezér speculates – that public deficit in Hungary will be below 3% in 2014, the EU will lift the excessive deficit procedure, “its only tool to monitor economic policy in Hungary.” The country would thus have unimpeded access to the cohesion funds, the withdrawal of which loomed over its head earlier this year. Orbán could thus get rid of the scrutiny of EU economists and introduce “crazy policies” before the elections. The alternative scenario is to face a country without hope or any economic progress – no wonder the government is so keen on convincing the Commission, Véleményvezér concludes.