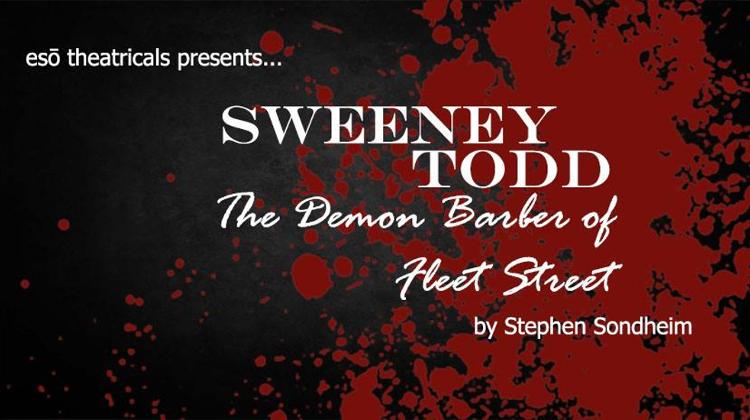 Through a special arrangement with Music Theatre International (MTI) esō theatricals will stage three performances of Sweeny Todd, 16-18 September featuring Hungarian actor and Megasztár finallist, Tamás Pál in the lead role. The international cast features Hungarian Dóra Stróbel in the role of the dubious Mrs Lovett. Attila Bardóczy plays the obsessive Judge Turpin while the role of Anthony Hope will be performed by US-based Chris Hunter.

Playing the part of the young Johanna is Viktória Pászthy. Completing the principal cast, we have Brazilian Nicole Chufi as Tobias Ragg, Italian Mario Cossu as The Beadle, Canadian Antoinette Fekete as the Beggar Woman, and Hungarian András Balázs as Adolfo Pirelli.

‘An infamous tale, Sweeney Todd, an unjustly exiled barber, returns to 19th century London seeking vengeance against the lecherous judge who framed him and ravished his young wife. The road to revenge leads Todd to Mrs. Lovett, a resourceful proprietress of a failing pie shop, above which he opens a new barber practice.

Mrs. Lovett's luck sharply shifts when Todd's thirst for blood inspires the integration of an ingredient into her meat pies that has the people of London lining up, and the carnage has only just begun!’ (MtiShows.com)

The international production is led by American/Hungarian director Peter Schueller, who is keen to give the audience an experience to rememeber: ’In this production, we will attempt to create an immersive experience in which the audience feels present and included in a real world. We want them to experience visceral emotional reactions through vividly realistic portrayals of characters while stark contrasts in visual and emotional aspects occur on stage.’

Tickets: 3000 HUF available at the door, at jegy.hu or at esotheatricals.com

In English with Hungarian subtitles.