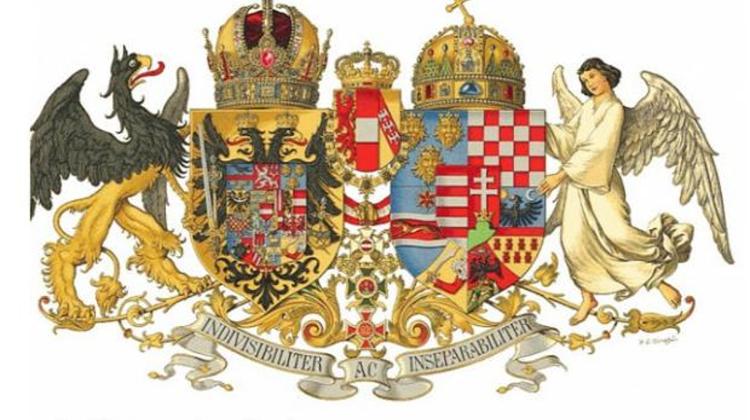 It was one hundred years ago, on November 21, 1916, that Franz Josef I, Austrian emperor and Hungarian king, died. His death couldn’t have been unexpected since he was 86 years old and had been on the throne for 68 years. When he died, Austria-Hungary, his creation, was slowly edging toward military collapse and revolution. His death was interpreted by his subjects as an ominous sign of the end of an era of relative prosperity for the 12 nationalities that lived within the borders of Austria-Hungary.

Austria-Hungary was an important player on the international scene. As a large country lying between Germany and Russia, it was seen as a stabilizing force. We often forget that the Monarchy was considered to be one of the great powers of the time. After all, it had a population of 51 million, larger than France’s 35 million and Great Britain’s 46 million. Economically, however, it lagged behind Great Britain and Germany.

The centenary of Franz Josef’s death has inspired several articles in the Hungarian media that try to give a more balanced picture of Hungary’s Habsburg past. Interestingly, in Austria there is a great deal less interest in Franz Josef, mainly because Austrians at the time as well as later accused Franz Josef of partiality to the Hungarians, the Slavs, and the Jews at the expense of the Germans of the realm. On the other hand, Hungarian nationalists accused him of pro-German bias. The truth was that Franz Josef, just like all other Habsburg rulers, had only one goal in mind: to keep the multinational, multicultural empire together, without any regard to special national interests.

Perhaps because of the centenary Norbert Hofer, the presidential hopeful of the far-right Freedom Party of Austria, made a startling announcement the other day in an interview with the Swedish daily Dagens Nyheter. He suggested that countries with similar historical experiences and cultures should form a bloc within the European Union. He specifically mentioned Austria, Hungary, Romania, Slovenia, Serbia, Croatia, and the Czech Republic since “Austria was in an alliance with these countries during the time of the Monarchy.” It’s not worth dwelling on Hofer’s inaccurate description of the relationship of Austria to the countries he mentioned or his erroneous geographical designation of the territory of the Monarchy. What Hofer most likely has in mind is that Austria would ally itself with the Visegrád 4 Group. But neither the Austrians nor the Visegrád 4 are ready to take such a step at the moment.

It is unlikely that anything will come of Hofer’s idea, especially if, as I very much hope, he doesn’t win the presidential election on December 4. But I found his reference to the Dual Monarchy interesting, especially in light of the many sympathetic articles in the Hungarian media about Franz Josef, the Habsburgs in general, and the Monarchy as created in 1867.

One of these is the pro-government Origo’s very sympathetic portrayal of the Monarchy in an article that appeared on November 24. The Monarchy is described here as “the first modern regional economic and constitutional integrational experiment,” something that could have played an important role even after 1918 if the monarchy hadn’t been destroyed by the allied powers.

The Monarchy in this same article is described as a “conservative-liberal political system in which basic human rights were more respected than during the Horthy period.” I should mention in passing something that the new constitutional judge, Attila Horváth, said as a commentator on a TV documentary series on the 1956 revolution called “Szabadság tér ’56.” Asked his opinion of the “őszirózsás forradalom” (Aster Revolution of Mihály Károlyi in October 1918), his first response was that it was neither “aster” because at this time of the year this particular flower doesn’t bloom nor was it a revolution because Austria-Hungary was already a democracy.

The Origo article also showers praise on the legal safeguards built into the Monarchy’s political system, which brought many benefits to its inhabitants. The article concedes that the dual system by the turn of the century had its problems but claims that they could have been remedied if Franz Ferdinand hadn’t been assassinated and the war hadn’t broken out. As opposed to many less sympathetic authors, he considers the Monarchy’s destruction one of the greatest mistakes the Entente committed. It created a power vacuum “in the heart of Europe” that was largely responsible for the rise of Hitler and the outbreak of World War II.

A long interview with Iván Bertényi, researcher at the Historical Institute of the Hungarian Academy of Sciences, who is currently the deputy director of the Collegium Hungaricum in Vienna, also reveals that a serious reevaluation of the period has been taking place in Hungary over the last twenty to thirty years. In brief, a less Hungary-centric historical assessment has been emerging. In its place greater emphasis is put on Austria-Hungary as a single political entity. Bertényi is critical of the Hungarian view that refuses to recognize that Franz Josef was the ruler of diverse peoples and not just the king of Hungary. This is an interesting development at a time when one of the Orbán government’s most effective weapons is its nationalism, claiming that without well-defined nation-states with borders national survival is not assured. While nationalism is sweeping across Hungary, serious historians of the period are reevaluating Franz Josef’s role as a supranational ruler who “worked assiduously and altruistically for the welfare of all peoples of his empire.”

Finally, an article by Péter Techet that appeared in Magyar Nemzet is perhaps the most enthusiastic about the Monarchy and Franz Josef. “In vain did the historians of the successor states depict the Monarchy as the ‘jail of nations.’ A Slovenian in Trieste, a Ruthenian in Subcarpathia, a German in Voivodina, a Jew in Lvov has never had as many rights and opportunities in the twentieth century as in the to this day often disparaged Austro-Hungarian Monarchy,” he writes. In his opinion, the “states created after 1918 oppressed the nationalities and were too weak against the Russian and German dangers.”

It is possible that Techet’s enthusiasm for the Habsburg past stems from his longing for “a period when multiculturalism … was not an abstract liberal slogan but everyday reality.” One must keep in mind, however, that this view is shared by very few Hungarians–those who think that the European Union should have a structure similar to that of the Monarchy, which would be a version of a United States of Europe.