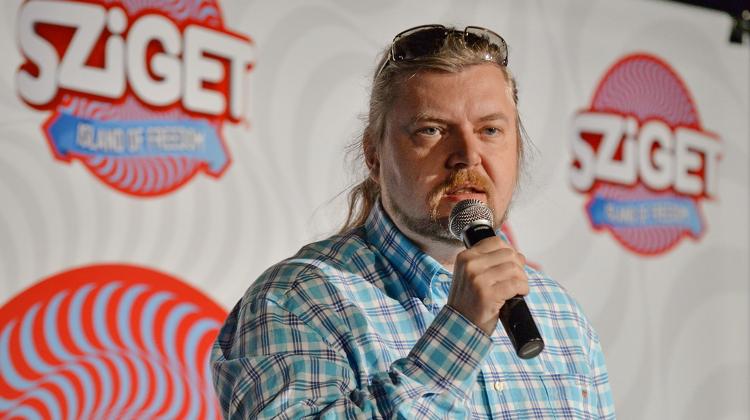 Those in the loop have known for some time that Sziget was up for sale, we can now announce what founder Károly Gerendai says about this breaking news, “With the financial resources and international background of Providence as an addition to our professional team, our position can be further strengthened.”

The price paid by Providence is a business secret, at the moment. In 2012 the majority shareholders of Sziget led by founder Gerendai took full control of Sziget from Est Media, that purchase cost them Ft 675 million (approx USD 2.34 million).

U.S. Equity Fund Providence Equity Partners handles around USD 47 billion in assets under management according to the firm’s website, which states, “Since the firm’s inception in 1989, Providence has invested in over 150 companies and become the leading equity investment firm focused on the media, communications, education and information industries.”

Retaining a 30% stake, the current Szigeti Cultural Management Office team will continue managing the operations of all festivals in the company's porfolio: including Sziget, Balaton Sound, and VOLT, plus Gourmet Festival and also Gyerek Sziget (Children’s Island). In a join statement today the two parties stated they see expanding some of these festivals internationally.

Earlier this week Sziget was awarded 'Artists’ Favourite Festival In Europe', and Sziget Cultural Management has received multiple awards in the past few years. Sziget received the award for 'Best Major European Festival' two times and also the 'Best European Line-up' award last year. Both VOLT Festival and Balaton Sound were awarded 'Best Medium-sized European Festival' in the past.

Following the most recent award ceremony Gerendai said, “Earlier the festival industry and the audience were the ones who voted for us, while now the international artists. I am very proud that Sziget has won all the categories it has ever been shortlisted in. Although we are very happy, this is also a huge responsibility as we have to keep up this confidence."

Gerendai is now emphasising the opportunities presented by this new deal, “In the past years, we’ve had many investment offers, but Providence’s offer was the best, because it opens up new possibilities. With the help of our new partner we can take a huge step forward and start a number of ambitious projects that we have been trying to bring to life for a while now.”

He and Sziget's other owners, inc. Gábor Takács, will continue as head of international projects. Joining the current management team are James Barton, founder of the Creamfields Festival and former electronic music manager of American events company LiveNation, plus Paul Bedford the former financial director of Cream Group.

Celebrating its 25th edition this year, Sziget now really promises to be bigger and better than ever, and we can hardly wait... for now congratulations Károly!

Gerendai is regarded as one of post-communist Hungary’s greatest success stories: from roadie to head of the company organising Hungary’s biggest cultural festivals, including one of Europe’s most popular cultural event, Sziget Festival.  A passionate event organiser since high school, he founded Sziget Ltd. aged 22 with friends and his personal savings

Last year Gerendai revamped the area around Lake Lupa, a former quarry on Budapest’s northern outskirts, into a beach-like resort and watersports centre, he signed a 20-year contract to lease the area with an option to buy it later.

He has a record of outstanding public service, participating in a campaign for tolerance his company organised one of the events in the 1998 Nobel Peace Prize winning campaign to eradicate landmines. Also managing director of the initiative for the support of public service advertising, Gerendai united the country’s most powerful media organisations.

Additionally Gerendai is co-owner of the first Michelin starred Hungarian restaurant, and an owner of one of the largest wine and contemporary Hungarian art collections.

Károly is married, and a father of three.