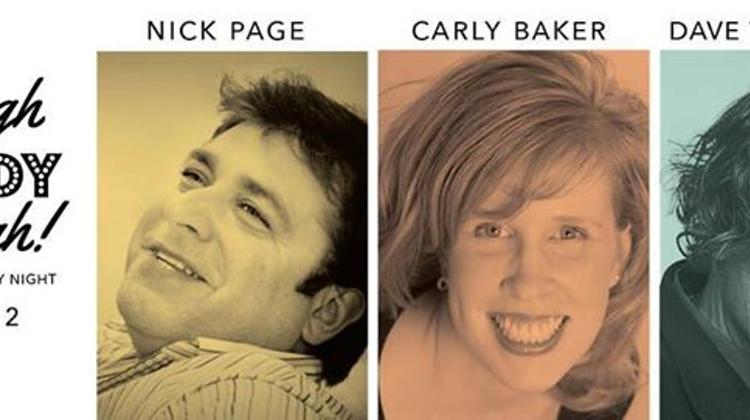 Give your laughing gear a workout with a healthy dose of English humour at Brody courtesy of host Dave Thomspon and a cast of international comedians featuring Carly Baker and Nick Page.

Carly Baker has been writing and performing comedy for over 10 years. Her self-deprecatory style is both sweet and raw. Honest, energetic and charming with just the right amount of filth mixed in. She’s a favourite with both men and women - and everything in between. Husbands have come and gone since Carly began stand-up and she will happily tell you about it all in gritty detail with a smile. Comedy is her passion and this is obvious when she’s on stage.

Nick Page is definitely one of those people you shouldn't like but do. He has an enviable gag rate, with each story and routine filled with set ups, call backs and devastating punchlines. His stories are unique, yet relate to everyone. Everyone has felt frustrated by the legal system, nobody else has tried to go to prison to prove a point. Everyone watches daytime TV, nobody else has been sacked from it for an incident involving a Russian call girl and an antique rocking horse.