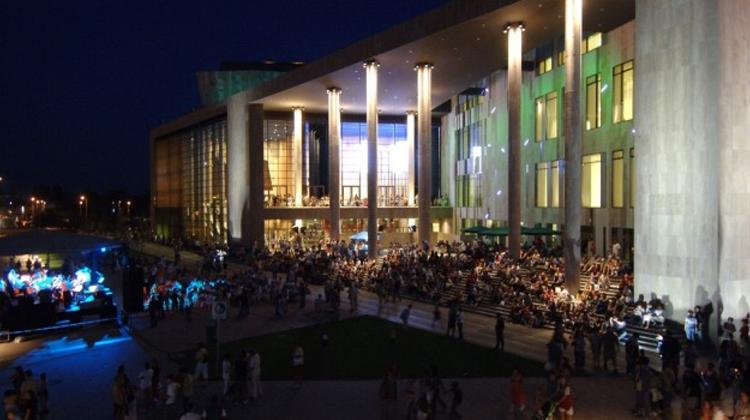 Every 20 August since it first opened, Müpa Budapest has celebrated Hungary's national holiday - as well as the coming concert season - with lively jazz music. As at the New Orleans Swing Festival a few days later, this afternoon and evening is given over to the traditional jazz beloved by every age group, with performers once welcoming audiences at the main outdoor stage, as well as in Banner Square and in the Glass Hall.

The open-air programme opens with the winner of the audience prize at this year's Jazz Showcase: the Janka Vörös e-Series.

Taking the stage after them will be RP Show, a brand-new quintet led by clarinettist/saxophonist Árpád Dennert, which casts its vote for a more traditional, swing-like sound and - as one would expect from its name - boasts a spectacularly colourful repertoire. Starting at 8 o'clock, and resuming after the fireworks in accordance with tradition, will be the Police Big Band.

As in previous years, this ensemble led by trumpeter and trombonist Béla Szalóky will get the audience dancing with its classic hits and more contemporary melodies arranged for big band. Their two-part concert wouldn't be complete without golden oldies by Duke Ellington, Count Basie and Sammy Nestico.

Admission to the event is free of charge.