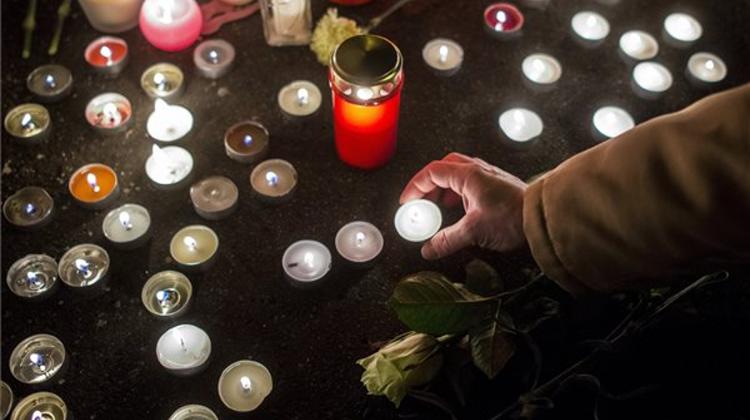 At the initiative of Prime Minister Viktor Orbán, the Government has declared a national day of mourning for Monday in memory of the victims who died in the coach accident in Italy, Bertalan Havasi, the head of the Press Office of the Prime Minister told kormany.hu on Saturday afternoon.

According to the government decree published in Magyar Közlöny [Hungarian Gazette], on the national day of mourning, the flag of Hungary will have to be hoisted under ceremonial circumstances, with military honours, and will then have to be lowered to half-mast.

A black flag of mourning will have to be displayed on specific public buildings, and the flag of Hungary and the European flag will have to be lowered to half-mast. In schools, a commemoration must be held within the framework of a normal class or a special student event.

The Government’s decree takes effect at 6.00 p.m. on Saturday.

Mr Havasi told the Hungarian news agency MTI in answer to its enquiry: Hungary’s flag will be hoisted at eight o’clock in the morning on Monday, and will then be lowered to half-mast at Kossuth tér in Budapest in the presence of President of the Republic János Áder and Prime Minister Viktor Orbán.

Prime Minister Viktor Orbán's statement:
Losing young lives, our children, is always the hardest blow for every family, community and nation.  I have instructed the Hungarian authorities to do everything they can to fully clarify the situation. In the inapprehensible moments of grief, my prayers are with the families and friends affected by this tragedy.