Weekend Escape From Budapest To Copenhagen 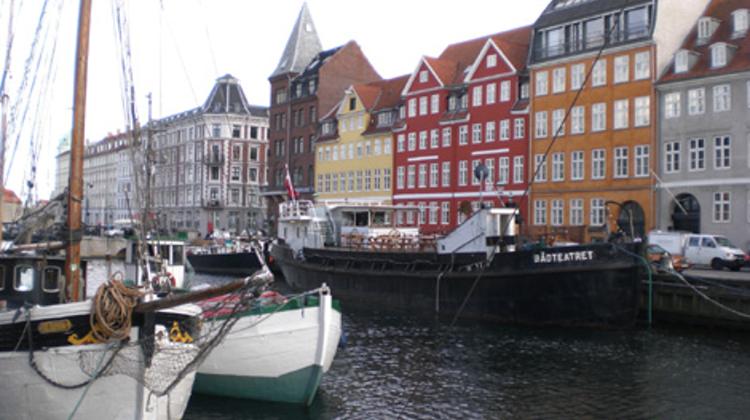 The royal Danish capital has just been crowned the best city in the world for quality of life. Copenhagen grabbed top spot for its cutting-edge design credentials amongst other factors including the number of cinema screens and ease of getting a quality glass of wine at 1am.

The lifestyle magazine loves the city's compact nature, and most would agree scale is one secret of Copenhagen’s success. It’s big enough to support a thriving cultural scene, embracing the benefits of diversity – including a city centre stall selling Hungarian ‘lángos’ - yet it’s not the sprawling urban jungle that London and many other capitals have become. 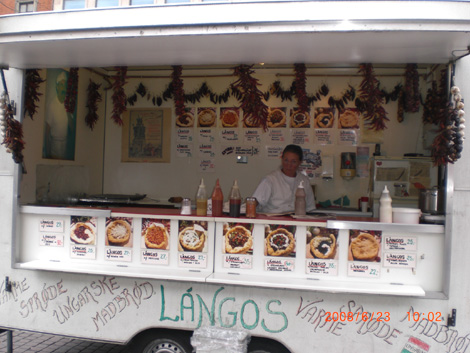 Copenhagen can easily be explored on foot, just walk along main avenue called Stroget (hint: pronounced "stroll”) to take in local life - while enjoying clean air due to a lack of cars, positively unlike Andrássy út or the Champs-Elysées for that matter. Shoppers will find all the fancy French fashion labels in the Danish capital of course.

Like Amsterdam, this is a cycle friendly capital with numerous canals. Liberated from traffic congestion a visitor can easily wander around the open style of the city. A wonderful waterfront scene has grown from mercantile harbour into an indulgence hub for locals and tourists alike. The pretty canal of Nyhavn (main picture at top), packed with restaurants and bars, is the departure point for the various sightseeing cruises. 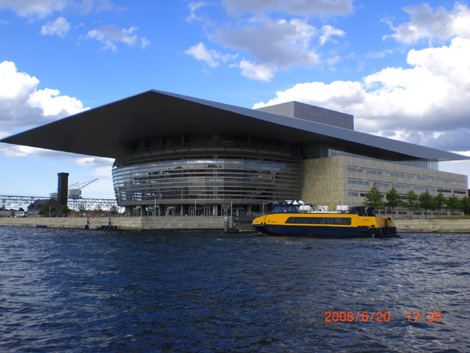 Crossing the water in a non-tourist ‘boat bus’ type of craft, we visited the Opera House and walked through the area of Christianshavn. There are some lovely Danish houses to admire in that area, as well as some pretty basic ones, along with the unusual twisting golden staircase of the Vor Frelsers church which fills the skyline there. 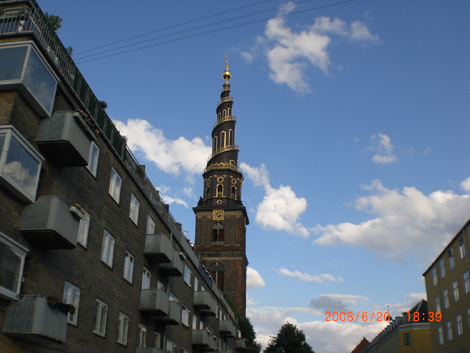 City centre architecture reveals history from through the centuries, old and new design sit happily side by side, from medieval to rococo, to ultra modern. Passing countless trendy boutiques on the way, I meandered through the capital to visit the 17th-century Round Tower, still a functioning observatory today. 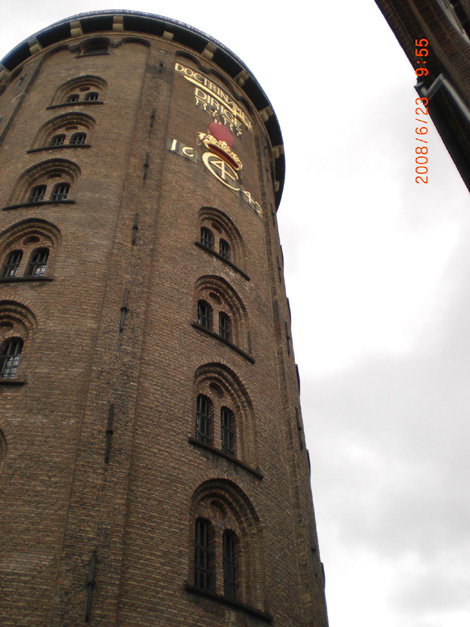 After some culture Tivoli Gardens proved to be a charming way to spend a few hours downtown, with its lake, funfair rides and flowerbeds. Time Out writes, “in the evening there’s a transformation from amusement park to dreamland, into something, dare we say, magical. However, in this fallen world, magic doesn’t come cheap. Entrance is expensive, and you still have to pay for the rides once you get inside. A look at the restaurant menus might also persuade you that a picnic is an excellent idea”.

One way to profit on a weekend visit is by investing in a ‘Copenhagen Card’ (available from tourist offices), which offers free transport and access to many museums and attractions. It’s also worth remembering that Denmark’s principal city is just a stones throw from its Scandinavian neighbour Sweden, and a day trip across the border is a fun option if you’re travelling for a long weekend or more.

Hand-on-heart, I believe the city’s Hilton Hotel is a truly great base while visiting Copenhagen. The reason is all about its location, at the airport. This 5* is just 3 minutes walk from the arrivals lounge; 15 minutes by metro from downtown; and only 20 minutes by train to Malmö in Sweden.

I can almost hear some readers thinking: airport hotel? Well, like the city itself this hotel has won a few accolades, such as "Best Hotel in Copenhagen" - Global Finance Magazine 2007. Prepare to be surprised at the relaxed quality of the place, so quiet and convenient, with some rooms enjoying views of the extraordinary Øresund Bridge and wind-farms out at sea.

Wherever you choose to stay, it’s advisable to include a sweater and jacket in your suitcase as Baltic breezes often blow through the city even in summer. Renting a bike is also recommended, for example from the Hilton Copenhagen Airport Hotel  we had fun cycling along to Dragor, a picturesque old fishing village.

After the bike adventures I tried the ‘Golden Egg’ in the Ni'mat Spa & Wellness Center at the Hilton. Afterwards I thought how Hans Christian Andersen would have marvelled at the choreographed lights, music and massage experience inside such a fairy-tale oasis.

Feeling fully re-energised after the Spa relaxation, I went for a buffet dinner at the Horizon All Day Restaurant, also situated inside the hotel. With three different stations offering international dishes, plus typical Danish fare, it was a really satisfying meal - washed down well with local microbrewery beers. 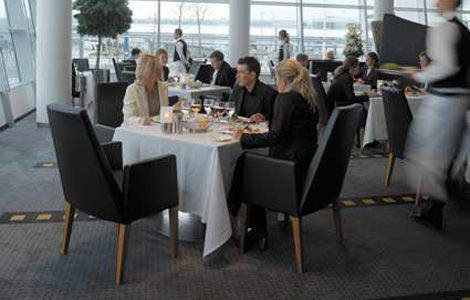 The Hamlet Nordic Grill, also at the Hilton, is a high-end affair. Furnished in the clean lines of contemporary Nordic style it’s a place worth making a trip to visit. Luxury grill food at its best is one way to sum it up. Recommendations include the North Atlantic lobster, and the dry-aged steak.

Outside the hotel Sankt Gertruds Kloster  is a romantic basement venue with candle light.  One of the current hip places for Danes to dine is at Custom House - as well as cool food their cocktail bar is one of the best in the city.  Anyone interested in gourmet delights should head to Noma. Said to be within the top 10 restaurants in the world, this is the place to taste Scandinavian food served with 2 Michelin star style. 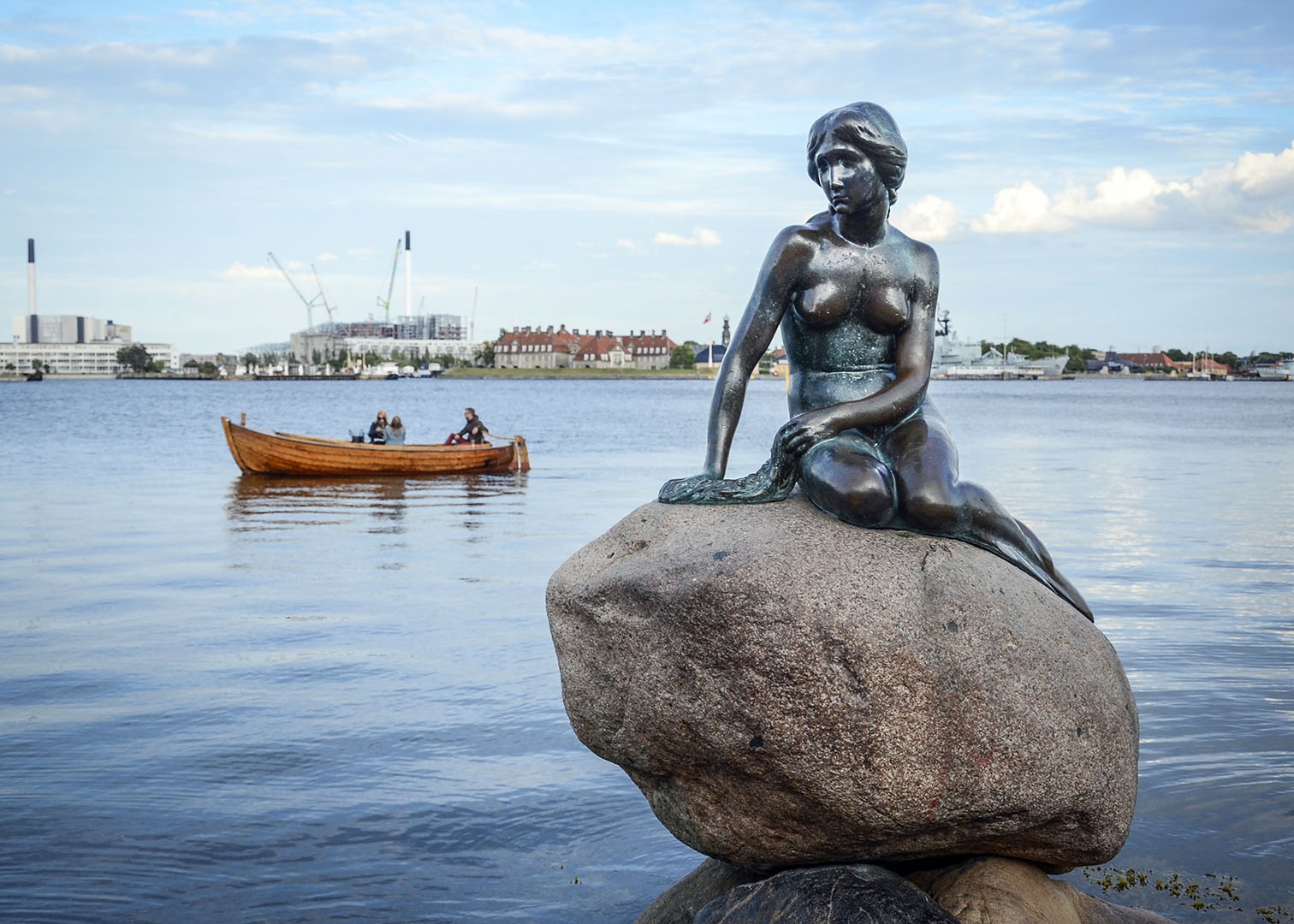 So much more than Carlsberg; Lego; and the Little Mermaid (all of which are decent, however not in that particular order); to borrow from the beers’ tagline, Copenhagen is probably the best city in the world – definitely maybe. It’s certainly worth a weekend escape, for more inspiration check-out VisitCopenhagen.com.