Xpat Opinion: A Bad Week For The Hungarian Forint &The Government 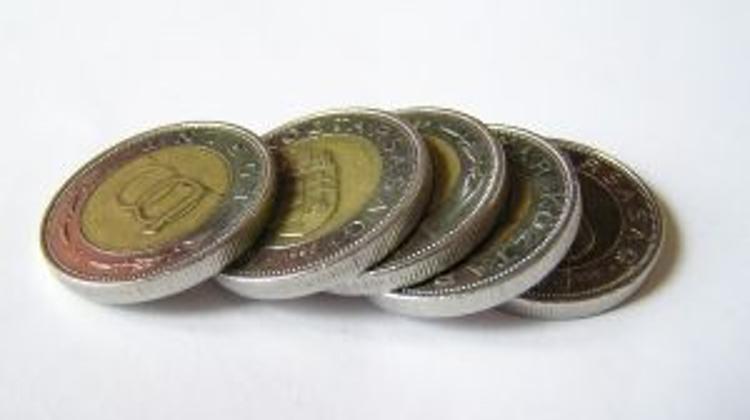 Commentators agree that the weakening of the Hungarian currency (HUF) was due to a statement by the Minister of the Economy. One cautions the PM against nominating him for the presidency of the National Bank. Other analysts think recent events have dealt several blows to the authority of the governing élite.In a sarcastic week-end front page editorial, Népszabadság takes it almost for granted that Hungary’s controversial Minister of the Economy will succeed András Simor as President of the National Bank.

The editors believe, however, that he has already frightened the markets with his comments in the latest issue of Heti Válasz, that the monetary policy pursued by the National Bank so far was not the right one, as a weaker Forint would be necessary to stimulate domestic production. Speculators in HUF, Népszabadság writes, will have to subscribe to the weekly in which the Minister comes forth with his unorthodox views. In point of fact, his latest contribution caused an immediate slump in the exchange rates. If he does indeed take over the reins of the issuing bank, the editorial concludes, investors will have to be extremely audacious to keep their money in Forint titles.

Magyar Hírlap’s Csaba Szajlai, a long time critic of the Minister of the Economy and his “unorthodox” policies, calls on the government to take into account the risks Mr Matolcsy’s appointment as head of the National Bank would entail. He acknowledges that the government succeeded in keeping the public deficit below the 3 per cent benchmark last year, but warns that the fundamentals are in a worrying shape and therefore a new monetary policy might have dramatic consequences, e.g. a meltdown of Hungary’s monetary reserves.

The country faces a prolonged crisis, he writes, as investment is shrinking, there is no fall in inflation, and industrial output dropped again last year. He also deplores the politics of confrontation with international partners which has been dubbed a “freedom fight”, remarking that Hungary’s debt servicing eventually became more costly last year. He believes the government prefers to pay higher interest rates on its debt than to strike a deal with the EU-IMF tandem. His problem with this approach is that it ultimately makes Hungary even more dependent on the outside world, for the main losers of the crisis are domestic medium and small size enterprises, while the only producers capable of growth are the multinationals.

Under such conditions, Szajlai warns, monetary policy is a delicate matter and implicitly cautions against appointing the Minister of the Economy to the post of president of the National Bank. In view of the forthcoming appointment of the new president he hopes “the government has understood how risky a possible unorthodox monetary policy would be.” The chief business commentator of the right-wing daily also urges a general review of the economic policy pursued so far: “the time has come to abandon hair-raising ideas.” His remarks sparked furious reactions from readers on Magyar Hírlap’s website. Some call him “a typical liberal,” while others even brand him “a traitor, at the service of foreign interests.”

Analysing last week’s events, left-wing commentators think the government suffered a series of defeats recently. In 168 óra, Tamás Mészáros suggests that the student demonstrations of the past weeks have inflicted “a political defeat” on PM Orbán’s government. He thinks that is why the Prime Minister decided to abandon the idea of voter registration after it was scrapped by the Constitutional Court: “he could not afford to yield to the cult of recklessness,” even if that meant “the end of the myth of PM Orbán’s infallibility.” Mészáros suspects that neither President Áder, who submitted the Law on Electoral Procedure to the Constitutional Court for revision, nor Justice István Stumpf who authored the verdict acted on their own, independent initiative.

He speculates that Fidesz realised that voter registration would backfire and decided to have it annulled by the Court. All in all, Mészáros believes, Fidesz had to suspend its offensive, but only for a while. He therefore does not think that Mr Orbán has started consolidating what he has achieved or given up his plans for further conquests.

(After 1960, Communist party chief János Kádár put an end to the post-revolutionary reprisals and started easing Communist orthodoxy under the slogan: “consolidation.” Since then the term has come to mean a more conciliatory style on the part of the ruling élite in Hungary.) “It would be a mistake to think that consolidation is underway,” Mészáros warns. “This is just a ceasefire. And a shaky one, at that.”

Magyar Narancs suggests in its weekly editorial that PM Orbán has suffered too many blows over the past months to keep his job for long: “He has reached the end point.” The successive rulings of the Constitutional Court which scrapped several acts the Prime Minister had personally defended in public, the blunder around the Azeri axe killer, and the student demonstrations, as well as the country’s economic problems signal the beginning of the end, Magyar Narancs thinks.

The left-liberal weekly also believes Mr Orbán’s folk have reason to fear once they are voted out of office. “With every day that passes, each and every member of the two thirds majority has more and more reason to dread: what will happen to me when it is over?”

In Népszabadság, sociologist Pál Tamás believes the student movement may indeed signal the demise of Fidesz, but in order to do so, it must express more than just a rejection of tuition fees and higher education reforms in general. Tamás recalls that in the early nineties, Hungary’s newborn democracy could not offer western-style living standards to the middle class, but it did promise their children a decent future if they managed to graduate from university. By now it is obvious, he continues, that Hungary is unable to offer proper jobs for all graduates. At least not in the forthcoming ten to fifteen years.

This is what Tamás believes is behind the student unrest, and he speculates that the discontent might spread from the students to their parents, to the middle class that brought Fidesz to power in 2010. But in order for that to happen, the sociologist argues, the students should give a new, cultural dimension to their movement, and challenge the regime as such.

In Demokrata (print version), political scientist Péter Farkas Zárug calls upon the Prime Minster to get rid of those advisers who “misled him out onto the thin ice” with the idea of voter registration. He claims that it was obvious from the very start that the idea was anti-constitutional, and backing down after the ruling by the Constitutional Court was not sufficient. Those responsible for the blunder should be named, at least behind closed doors.

In an obvious reference to Árpád Habony, PM Orbán’s chief spin doctor, Zárug suggests that “Victor Orbán must realise that in the conservative camp the era of washing powder salesmen is over “. (By washing powder-selling, Hungarian political analysts traditionally mean a political marketing style that treats leaders and their political projects as just one of the commercial products to be sold to the general public.) He extends his anathema to servile politicians who never voice autonomous views and ends his angry column on an even more offensive note: “Their barking is counter-productive.”