Xpat Opinion: A Hungarian Pope? Does Péter Erdő Have A Chance? 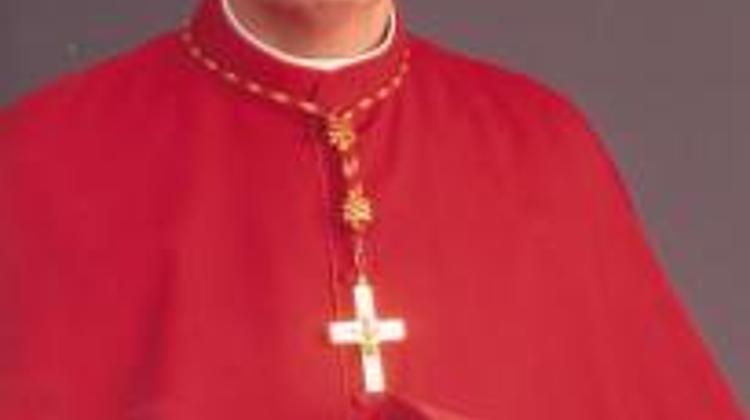 As I mentioned earlier, the Hungarian media is full of stories speculating about the possibility of Péter Erdő succeeding Benedict XVI. Péter Erdő was appointed Archbishop of Esztergom-Budapest in December 2002 and was also made a cardinal at the same time. At the time of his appointment he was auxiliary bishop of Székesfehérvár and was only 50 years old. He has a doctorate in theology and canon law from the Pontifical Lateran University in Rome. His biography mentions that he spent three years in Rome (1977-1980).

If people thought that the relatively young Erdő would bring some fresh air into the stale, ultra-conservative Hungarian Church they were mistaken. It is hard to tell whether Erdő tried and failed because of the overwhelming opposition he encountered, whether he is a weak administrator, or whether he is basically a conservative man. From some of his pronouncements we can see that he is no friend of sudden change: “we react to all important problems in our own rhythm” and this rhythm seems to be very slow. He also claims that “the Church must not get involved with problems of the given moment.”

Since 2003 not much has changed in the Hungarian Catholic Church. Unlike in Western Europe where more and more lay people are involved in church affairs, the case in Hungary is different. Also the church’s transparency, especially when it comes to financial matters, leaves a lot to be desired. The greatest financial scandal occurred in Pécs where the bishop, Mihály Mayer, was eventually forced to resign because of embezzlement, blackmail, and even homosexual practices. The church hierarchy was reluctant to investigate the affair and even Erdő would have liked to have kept the affair within the church, but eventually the Hungarian prosecutor’s office took over the case. It was Pope Benedict who in the end removed Mayer.

One of Erdő’s outspoken critics is Attila Jakab, a young theologian and church historian. He wrote an article a couple of days ago that appeared on the website of the Intézet a Demokratikus Alternativáért (IDEA; Institute for a Democratic Alternative) in which he outlined the reasons that Erdő is not fit to become pope.

Jakab claims that Erdő finds it hard to tolerate freedom of thought. I’m afraid Jakab is right. I remember an interview with him where he didn’t hide his disdain for man’s right to form his own opinions. He is also far too sensitive to criticism; according to an older report on him by an agent of the Hungarian secret service, he can be “hysterical.” He finds it important to cooperate with the current ruling political elite. His relationship with Ferenc Gyurcsány was not as good as it is today because Gyurcsány apparently asked him in 2006 to refrain from interfering with the elections. Normally the Catholic Church wages a veritable election campaign, naturally supporting the right-wing parties.

In addition, Jakab calls attention to Erdő’s lack of leadership qualities. Here he calls attention to the financial scandals and pedophilia that went on in Pécs for years. The other case involved the Bishopric of Győr, a case that also ended up in court. Erdő, according to Jakab, refuses to put an end to the Christian Democratic Party’s running amok and does practically nothing about the fusion of Christian and pagan elements in the current “national-Christian” regime. Indeed, I can recall only one or two occasions when he expressed his disapproval of the Hungarian right’s syncretic religious practices. In case you don’t know what Jakab has in mind, it is worth recalling Viktor Orbán’s famous “Turul” in which we were all born.

Jakab also points out that Erdő knows that the introduction of religious instruction in all schools poses insurmountable problems for the Church. There are simply not enough people trained to fill the thousands of positions its introduction requires. But in Erdő’s defense, it is possible, given the Orbán government’s practices, that the churches were not even consulted before the decision was made. I recall one time that Erdő expressed his dismay over the decision.

Finally, those who oppose the Orbán government and its practices shouldn’t keep fingers crossed for Péter Erdő. Admittedly, Hungarian pride would swell if for the first time there was a Hungarian pope in the Vatican. But surely, the Orbán government would take advantage of Erdő’s presence in Rome. Viktor Orbán would try to brand Erdő’s election as his own victory. Moreover, in addition to the current grave problems of the Vatican, a Hungarian pope would also be stranded with the mess Viktor Orbán has created both inside and outside the country. The new pope surely wouldn’t want to carry that extra burden.

The last and perhaps the greatest obstacle standing in Erdő’s way to the papacy: the Hungarian Catholic Church’s still uncovered activities during the Kádár regime tying practically all prelates to the Hungarian secret service. Documents show that several presidents of the Hungarian Papal Institute in Rome were agents who reported to the Ministry of the Interior.

Erdő spent three years there and in 1987 was the president of the institution. Both his predecessors and his successors worked for the Hungarian secret service. Nothing has surfaced yet about Erdő, but it might once all the documents of the Ministry of Interior are available. The Orbán government has no intention of doing anything about uncovering agents despite Fidesz’s fierce anti-communism. If and when Fidesz loses the elections, however, the opposition forces swear that the secret archives will be opened.

Anyone who’s interested in the connection between the secret service and the Papal Institute should read a four-part series by Tamás Majsai that appeared between December 2007 and April 2008 in Beszélő.