Updated On 13 June, 3 pm: Traffic Changes In Budapest Due To Danube Flooding 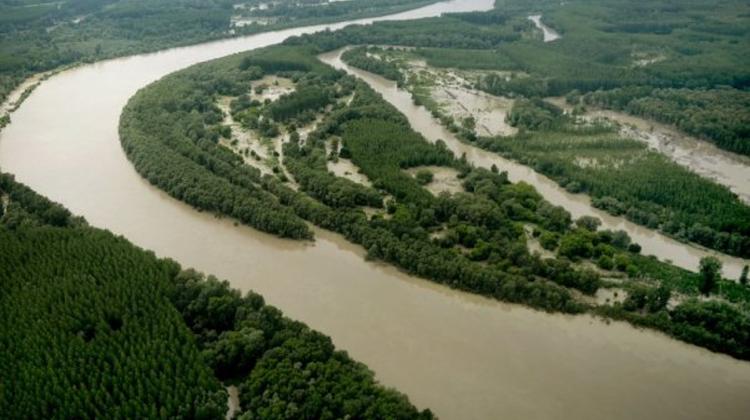 On 11 June 2013, Budapest Mayor István Tarlós ordered BKK, Municipal Disaster Management, Budapest Sewage Works, Budapest Transport Company BKV and the Budapest Police to jointly assess the situation at Batthyány tér and decide on how to alleviate the traffic restrictions affecting Budapest residents in line with the receding water levels of the Danube. Accordingly, the Batthyány tér station of metro line M2 will be reopened on Wednesday morning, 12 June 2013, with all bus lines of the area resuming their services.

Road closures will mosly remain in force therefore motorists are asked to still leave their cars behind and use public transport as well as bikes in the city centre. Higher service frequencies are provided on BKK’s main fixed-rail transport lines and MÁV-Start commuter train lines.

Bem rakpart, the Batthyány tér area and the lower embankments remain closed. Due to the closures special traffic measures will be introduced to prioritise public transport and to prevent congestion in the centre of Buda by diverting incoming road traffic.

Restictions due to flood - map

• From the early morning of 12 June 2013 (Wednesday) the trains serve Batthyány tér metro station M2 again. Therefore, from Wednesday replacement buses M2 do not run.
• Due to the flood control activities, compared to the original capacity there will be much less room available for passengers in the Batthyány tér underpass, thus everybody is kindly asked not to stop and keep looking around on the premises of the station! The ticket office located at the metro station is still closed. Tickets, travelcards and passes are on sale at the ticket booth above the ground. Also the shops located in the underpass will remain closed.
• Simultaneously with the re-opening of Batthyány tér metro station, from the early morning of 12 June 2013 (Wednesday) buses 11, 111, 39, 160 and 260 will depart from their original terminus, Batthyány tér M+H. These buses will run on their original full route again. Buses 160, 260 and 960 do not serve Bem József tér stop.
• Suburban railway H5 continues to run between Margit híd, budai hídfő (surface station) and Békásmegyer/Szentendre. Due to the limited capacity of Margit híd, budai hídfő station, every second train turns back from Szentlélek tér in the rush hours. Therefore, suburban railway replacement bus (H5) continues to run between Szentlélek tér and Batthyány tér.
• Batthyány tér and Bem rakpart located between Margit híd and Lánchíd remains closed to road traffic; only public transport vehicles and cyclists are allowed to enter.

The pre-flood traffic order is reinstated in Török utca and Üstökös utca, also Árpád fejedelem útja going south will be reopened to road traffic on 12 June 2013. Driving is possible from the direction of Óbuda, coming from Árpád fejedelem útja to Széll Kálmán tér (via Üstökös utca – Török utca) and onto Margit híd to Pest , but due south on Bem rakpart towards Batthyány tér is still not possible.

To avoid congestion towards Pest Árpád híd is still recommended to motorists.

Fő utca and Bem rakpart are still open to public transport only. The sections between Margit körút and Csalogány utca of Horvát utca and Fazekas utca have been reopened to road traffic in the direction of Margit körút.

• In order to assist public transport, a bus lane has been implemented from the road shoulder on the joint Budapest section of the M1 and M7 motorways between Egér út and the beginning of the bus lane towards the city centre.

• Budafoki út has been closed to road traffic between Bogdánffy út and Szent Gellért tér. Access is permitted only for authorities and buses 86 (running with double capacity, replacing also the services of trams normally running on the Buda embankments) as well as buses 133E and 233E. Incoming traffic on Budafoki út from outer districts are diverted onto Rákóczi híd and Petőfi híd as the inner Buda districts are incapable of handling this traffic due to the closed upper and lower embankments, thus only buses are allowed on Budafoki út to Szent Gellért tér.

• No car access is permitted onto the tram tracks on Szent Gellért rakpart between Szent Gellért tér and Rudas fürdő. The inside traffic lane is designated as an exclusive public transport lane from Monday, 10 June 2013, to be used by trams and buses. Only one lane is open for cars towards Erzsébet híd.

• Since every road going north from Clark Ádám tér is closed, also the upper embankment between Döbrentei tér and Clark Ádám tér will be closed to road traffic in order to avoid unmanageable congestion. Only bus 86 is allowed to enter Döbrentei utca and Lánchíd utca going north. Motorists can drive to Attila út from Erzsébet híd and Szent Gellért rakpart, but due to the closure of Bem József tér, North Buda is not accessible when coming from Széll Kálmán tér.

• Supporting the service of tram 17 linking Óbuda and the inner Buda areas, priority measures are made, as follows: Frankel Leó utca will be turned into a one-lane street from Üstökös utca to Zsigmond tér going away from the city centre, thus Árpád fejedelem útja is open to road traffic going to the city centre from Zsigmond tér, while Frankel Leo út is closed.

• From 11:00 on 13 June 2013 the road access restriction for freight lorries exceeding 7.5 tonnes of maximum allowed weight has been lifted by the Municipality Defence Committee.

We recommend motorists take public transport instead of cars, where BKK continues to operate more frequently along the main trunk lines. Thank all of the motorists who have acted accordingly for the past days!For through traffic we recommend to avoid Budapest and to use M0 motorway even if it involves a detour.