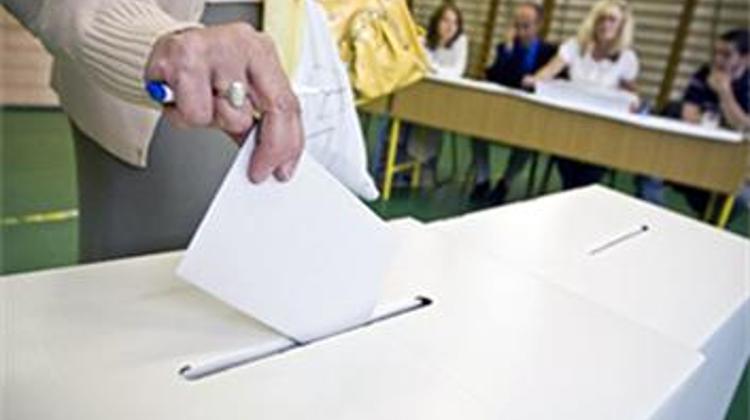 In their first post-new-year’s-day analyses of the electoral landscape, most columnists consider Prime Minister Viktor Orbán and his Fidesz party the likely winner of the next elections, although a left-wing commentator suspects that the opposition constituency is underrepresented by the opinion polls.

In his review of the forces competing for seats in Parliament next spring, Magyar Hírlap’s Csaba Zsebők sees no real challenger in sight for the Prime Minister’s party. What the left lacks, he writes, is a real leader. Socialist party chairman Attila Mesterházy has proved to be a successful power technician within his own party, but not beyond, he remarks. Nor has his rival and ally, Gordon Bajnai shown any great oratorical talent, especially in comparison with DK leader Ferenc Gyurcsány.

The latter, however left an extremely negative impression in people’s memory as Prime Minister, and now the other two are convinced that with him on board victory is impossible. Their problem is that it seems also unattainable without his voters.

Small centre-left parties, like the Social Democrats or a new one set up by former Socialist Parliament Speaker Katalin Szili have practically no chance of making it into parliament, while the new liberal party founded by former SZDSZ chairman Gábor Fodor has reached 2 per cent in the polls, which is still far from the parliamentary threshold of 5, but far better than the score of former Finance Minister Lajos Bokros’s neo-conservative party, which has already announced that it will not run independently.

LMP is not far from the threshold, but Zsebők believes it should expand its constituency in the countryside if it wants to keep its place in Parliament. As for Jobbik, he believes the far right party intends to try to win over relatively moderate layers as well, especially among the young. Their problem is that their party is still not considered “respectable” by most moderate right-wing voters.

In his weekly 168 óra editorial, Tamás Mészáros exhorts left-wing parties to finally unite and scolds them for having been more efficient in segmenting the Left than in welding their parties into a viable alliance. He warns those who might only care about securing themselves a place in Parliament, that even if they manage, if the Left as a whole were to lose, they would also be among the losers. Mészáros thinks in fact that if the present government is returned, it will “complete the construction of a Fidesz conglomerate replacing the democratic institutional framework” and make Hungary “definitively unliveable in”.

This is why, he continues, the left-wing electorate expects opposition leaders to set their differences aside and will not forgive them if they fail to agree. On top of it all, the Left should win an absolute majority, because Mészáros is convinced that if necessary Fidesz would certainly ally itself with Jobbik to form a government. He does not believe the doomsayers who think that the election is already lost, and suggests party preferences are misrepresented by the polls as left-wing voters are often afraid to tell the interviewers whom they intend to vote for.

In Demokrata (print), editor András Bencsik expects the electoral campaign to be “ruthless and pitiless”. Although the left wing has “morally disintegrated” he argues, the left-liberal press is in a position to wage a last ditch war on the governing forces, seizing every possible pretext.

Among these he mentions the nationalisation of the school textbook market, which according to critics amounts to the “merciless expropriation” of the market, while he sees it as a means to offer equal teaching standards throughout the country. Similarly, the left-wing media asserts that the government is rigging land lease programs in favour of its acolytes, which Bencsik describes as pure hysteria.

He prefers to bill it an unprecedented land reform, in which over three thousand farmers have been given access to arable land. Finally, he mentions the case of the tax fraud whistle-blower, who accused “the entire Tax Authority” of covering up VAT evading multinationals”, whereas the authorities are conducting “a war against the multinationals”.

All in all, however, as Bencsik sees it, the government enjoys the support of two thirds of the population. During the campaign, the right wing media will have to speak about the core issues, “moderating, but if necessary, drowning out the propaganda campaign”, Bencsik writes.

In Parameter, a Hungarian web magazine based in Dunajska Streda, Slovakia, Zoltán Pogátsa, a Professor of Economics believes the left-wing opposition has already lost the elections to be held next spring, because it does not represent an authentic left-wing alternative to the present conservative government. He argues that Hungary would badly need an advanced social democratic government, for the middle class is too thin to run a democracy and the welfare system is too weak to ensure social mobility.

The Socialist Party in government invariably pursued basically libertarian policies, Pogátsa writes, which ultimately made it extremely unpopular among the majority of the electorate. The Socialists had no strategy of their own and tended to follow the economic policy advocated by their liberal allies. The result was a widening income gap which prevents millions of underprivileged Hungarians, including most of the Roma from emerging from poverty.

In the absence of an authentic left wing, social conflicts began to be expressed in racial terms, Pogátsa remarks, which ultimately resulted in the presence of a strong far-right party in Parliament. The left-wing opposition hasn’t learned the lessons of its crushing defeat in 2010, and is trying to sell the same faces as in 2010. None of its parties has an economic programme just a few months before the elections, and basically their message is that Hungary should return to the pre-2010 era. “This is why they have (already) lost the 2014 elections, Pogátsa concludes.