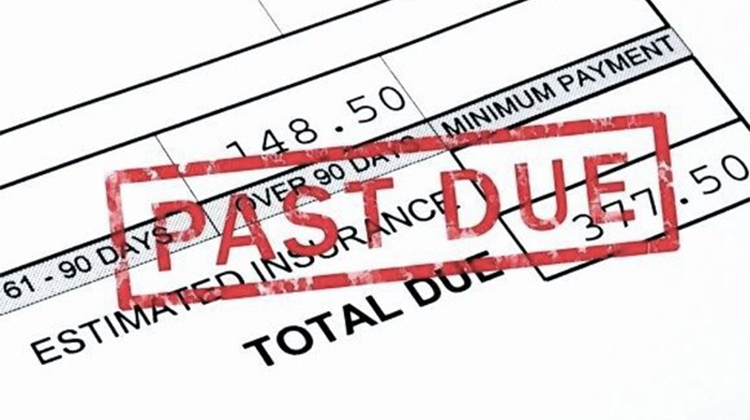 Mounting arrears to suppliers on the part of state-owned hospitals has left at least one service provider little choice but to shut down all laboratory services except those critical to saving life. Another company is seriously disappointed politically in the Fidesz government’s neglect of Hungary’s public health care system despite promising to introduce important reforms in 2010.

In response to an imminent, catastrophic failure of a number of hospitals whose suppliers and service providers are no longer able to provide the same level of service, not having been paid this year, the government announced arrangements are being made to pay off at least part of the HUF 83 billion (USD 296 million) in hospital debt as of the end of March.

Even though companies supplying goods and services to Hungary’s state-owned hospitals are required to pay payroll taxes and remit VAT receipts in a timely manner, many have not been paid this year.

According to index’s sources, a number of large laboratories and suppliers have reached the point where they will severely limit or stop altogether services in May, scaling back their activities to “emergency services” absolutely necessary to prevent patients from dying.

Originally, promising to assume hospital debt as of April 1st, the ministry for human resources summoned hospital directors to Budapest earlier this month to inform them that this was not going to happen just yet.

Succumbing to pressure from hospital suppliers and service providers, on Monday the government published a decision to reallocating HUF 60 billion to help settle mounting hospital arrears. The decision also instructs Zoltán Balogh to inform the government by October 31st of progress made implementing the consolidating of health care services providing in-patient care.

The director of a German owned company told Index in April that they had not received payment from a single hospital so far this year. The company operates its own laboratories in five large hospitals. Many other public health care institutions send them samples to analyze.

The director says that there are hospitals that haven’t paid so much as a filler for 15 months for services rendered, and that the company has reached the point where its own survival is threatened.

Put simply, the company can no longer continue to employ 600 people while making up for billions of forints in unpaid bills, even has it must pay payroll taxes and VAT invoiced to hospitals for services rendered and materials supplied in a timely manner.

For this reason the supplier of laboratory servies decided that if there is not a quick change, then in one month’s time it will go into “reduced service mode”, meaning it will only perform tests on an emergency basis and will no longer provide blood tests, microbiological tests, and cancer tests (such as analyzing tumor markets). The emergency services in question will only amount to 5 percent of all service currently provided.

Another company told index.hu that they are disappointed politically. The company’s directors were devoted supporters of Fidesz who believed in the public health care reform plans Fidesz made public before coming to power in 2010. Essentially nothing has happened for the past five years that would have brought positive change. In fact, the second Orban government descended into total ineptitude and chaos, threatening this and other companies with bankruptcy.

A completely absurd situation has evolved between the suppliers and the hospitals says László Rásky, the head ofthe Medical Technology Alliance (OSZ), in which state hospitals owe suppliers hundreds of millions, even billions who, at the same time, are forbidden from having arrears to the state in the form of unpaid payroll taxes or VAT remittances.

According to Rásky, a number of hospitals that only accept invoices from suppliers if a written declaration is attached to it verifying that they have no public arrears. As a result, many companies have had no choice but to take out loans in order to fund operating expenses in order to continue supplying to state-owned hospitals participate in public tenders.

Index writes that debts and their collection do not take place the same way in the world of public health as in the normal business world. Rásky believes no company would allow a single patient to die for lack of a supplies or equipment being delivered to the hospital because this would immediately cause public opinion to turn against them.

Because everyone lives from state orders, all the members of the Alliance, only one company has tried so far to employ legal means to collect payment. Instead, companies threatened with bankruptcy in the face of mounting receivables are reduced to making certain improvements to hospitals after verifying that the hospital has the funds on hand to pay them.

Hospitals owing more than HUF 2 billion (USD 7.2 million) as of the end of February included the university clinics of Debrecen, Pécs, and Szeged, the Péterfy hospitals, the Békés County Megyei Pándy Kálmán Hospital and the Gottsegen György National Cardiological Institute.

After repeated requests from hospital suppliers, Prime Minister Viktor Orbán reportedly asked Zoltán Balogh, minister for human resources, on Thursday to draft an government act that would settle hospital arrears. Index writes that such an act would enable undersecreatry for public health, Gábor Zombor, to enter into negotiations with hospitals and suppliers.

Index reports that HUF 60 billion (USD 214 million) has been allocated for this even though total arrears on the part of hospitals, clinics, and university clinics, now exceed HUF 90 billion (USD 321 million), including interest. Reportedly in order to do this it is necessary to modify the budget law. However, index writes that this could be done “relatively quickly.”

Rásky thinks it possible that the HUF 60 billion will be used to settle arrears more than 60 days old, which would do much to help the sector depending on how it is distributed among hospitals. Is it to be done in proportion to outstanding arrears or are university clinic arrears to be handled separately, wonders the OSZ head.

Rásky says a solution is needed that guarantees that this money will be actually be used to settle hospital arrears. In December of 2014 hospitals received HUF 10 billion from the public health fund, but this money was used to decrease the length of the list of patients waiting for surgery and other medical procedures. (Hospitals are assigned strict monthly quarterly budgets to cover the cost of operations and medical procedures. When the money runs out, the procedures stop.-ed.)

Another question is how to prevent new arrears from growing. If nothing changes, then after the HUF 60 billion debt consolidation, the hospitals will owe the same amount in a year’s time. Current numbers indicate that hospital debt is increasing HUF 150 million (USD 53,500) daily, which amounts to HUF 5 billion (USD 17.8 million) per month.

The government is taking over hospital debts on the condition that management of the hospitals be entrusted to the State Health and Maintenance Center (ÁEEK) which it says will make the hospitals operate more efficeincy. Negotiations between the government and the counties have started with a view to agreement on the restructuring of the health care sector in order to eliminate redundant services and replace those that are missing.

Eszter Sinkó, deputy director of the Semmelweis University Healthcare Manager Training Center, recently told print weekly Figyelő the HUF 150,000 (USD 536) per patient basic fee paid to hospitals has not increased for the past 6 years. She says that were they to increase this by HUF 30,000 by the end of the year, it would require an additional HUF 60-70 billion (USD 214-250 million) a year. More over, she says the budget for basic services should be increased some HUF 15 billion (USD 5.3 million) and funding for preventive medicine should be increased by HUF 100 billion (USD 357 million).