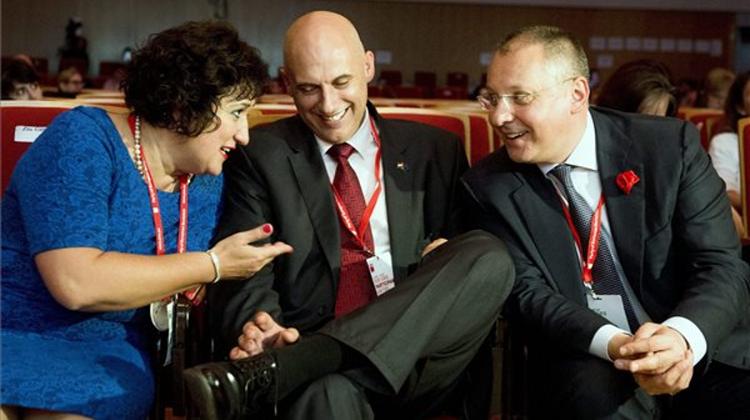 Addressing the 10th congress of the Party of European Socialists (PES), the Hungarian Socialist Party’s leader, József Tóbiás, called the politics of hate a dead end. A migration policy based on “internal solidarity” and “shared responsibility” in the EU would lead to a good outcome, he insisted. The Socialists have a common belief that all men are created equal, and no one should be excluded on the basis of their origin, religion, or political opinion, Tóbiás said, adding that whoever counters these principles excludes himself from Europe.

He noted that Prime Minister Viktor Orbán had faced criticism from people in his own political grouping in Europe, the European People’s Party, because they found it awkward to stand by a “pro-death penalty, hateful, antirefugee, radical politician”.

The Hungarian government has chosen to go down a path of segregation and labelling instead of embracing open, inclusive and tolerant policies, he said. The government’s fostered work schemes and “hateful billboard campaigns” are not suitable for fighting poverty today, he said, adding that a country with a large income gap, vulnerability and “no hope for a future” cannot be successful.

There is no doubt that radical nationalist Jobbik would pursue the same policies were it in government, he added. The Socialist leader insisted that his party would be the only one capable of replacing the government in the 2018 general election. Lajos Korózs, the Socialist deputy head of parliament’s welfare committee, said the government makes “inhumane” decisions, hurting the poor and singling out the homeless.

This is unacceptable on the left, he said. István Újhelyi, the party’s deputy leader, said it is “worrying” that Hungary and the EU has “started off on the wrong foot” regarding youth unemployment, which has now reached 5.5 million for the under-25 age group in Europe.

He added that since 2010 the number of Hungarians working abroad has risen manifold and Orbán had made Hungary a “country of emigrants”.

The three-day congress began on Friday afternoon with some 800 delegates in attendance. PES reelected Sergei Stanishev as president. After the vote, Stanishev told a press conference that problems could not be resolved through declaring immigrants scapegoats or mulling reintroduction of the death penalty.

He added that the tendency of Hungary’s ruling Fidesz banning European values in the country is unacceptable.

Martin Schulz, (Socialist) president of the European Parliament, said whereas European countries may be on a democratic path, more and more questions are being raised concerning fundamental democratic values.