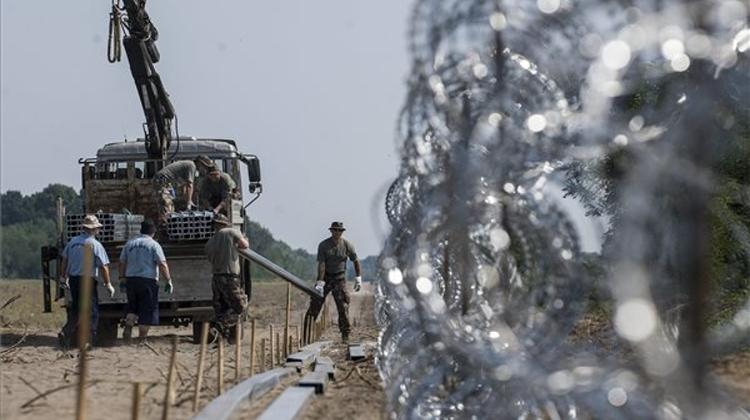 As the government tries to divert the current massive migration wave from Hungary, commentators tend to agree that Europe cannot take more migrants without seriously jeopardising its way of life. Opinions differ solely on whether that is inevitable or not.

In a rare post on his blog in which he agrees with much of what the government is doing to deflect migration from Hungary’s borders, Péter Béndek, the founder of the small Conservative Party writes that PM Orbán has a much clearer view of the situation than “our humane liberals”.

The real solution would be to give migrants something to eat and to drink and then send most of them home, disabling the human trafficking network that brings them here, and supporting the development of market economies in their countries of origin, including training their leaders in the west and not refraining from military intervention when necessary. Liberals can side with massive immigration, he continues, but if we go along with that view, then we will be heading towards a culturally totally different Europe.

In Magyar Hírlap, Péter Tamáska lambasts European élites who continue to behave as if nothing was happening, although huge urban areas inhabited by immigrants are becoming dangerously alienated from the rest of Europe. The ruling élites don’t even ponder how or whether to stop the massive wave of young males coming in from Third World countries, he claims. On the contrary, President Joachim Gauck and Chancellor Angela Merkel of Germany call upon the population to receive them with open hearts. He believes that typical élite representatives, who think we can take care of all our brethren throughout the world, are profoundly mistaken.

In the same daily, Zsolt Bayer goes even further and urges strong measures on the part of Europe. Something horrible has begun, he argues, which has to be terminated with whatever it takes, “weapons included”. If nothing changes, Bayer predicts, bloodshed will become inevitable.

In Új Szó, political scientist Zsolt Gál believes that some European cities will be inhabited in the foreseeable future by immigrant majorities. Brussels will be the first. In France 15 to 20 per cent of the population is of non-European origin. Over the past five years more than 4 million people have migrated from developing countries to the First World, and the United Nations expects another 91 million to arrive by 2050. Immigrants will make up the majority of the population in several EU member countries, he fears, and the consequences will prove “unimaginable”.

In Magyar Narancs, Zoltán Balázs denies the existence of a universal moral commandment which would compel developed countries to receive all migrants even jeopardising the morality of their own societies. Norway deported several thousand migrants last year and recorded a 30 per cent drop in domestic crime rates, he recalls. However this is only one example, and when Sweden reported increasing rape figures over the past few years, researchers could not agree on a connection to increasing immigration.

As long as we have no precise knowledge of such facts and causes, Balázs concludes, we are not in a position to decide what the morally acceptable policy towards migration is at the present stage.

In a front-page editorial, Népszabadság criticises the pro-government Civic Unity Forum (CÖF) which condemned former president László Sólyom, who distributed food among migrants in Budapest as a volunteer of a Catholic charity. CÖF wrote that the former president must have had political intentions in mind and defied the government’s endeavour to minimise the damage the current wave of migration causes to Hungary.

In Válasz, Szilárd Szőnyi advises CÖF to run for the title of ”the most stupid press release of the year” and sarcastically suggests that they carry a banner at their next pro-government march with the inscription “With friends like this, who needs enemies?”