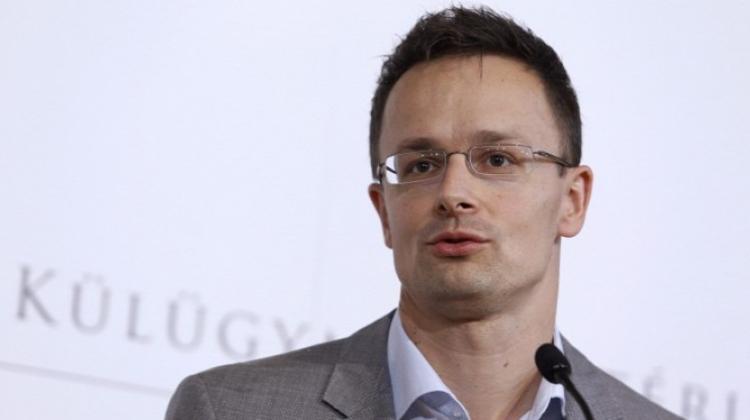 Foreign Minister Péter Szijjártó called Romanian Prime Minister Victor Ponta’s remarks on Hungary’s handling of migrants as “plain lies”, adding they were unsuitable for a 21st century leader. Szijjártó said the Romanian premier’s “extremist and mendacious remarks” was down to Romania’s domestic political crisis and the faltering of Ponta’s position. Hungary expects an apology, he added.

Szijjártó also said that contrary to a statement by Serbia’s employment minister Aleksandar Vulin, Hungary has continually briefed Serbia about developments at the joint border.

He said he had informed counterpart Ivica Dačić at an EU foreign ministers’ meeting in Luxembourg on Sept. 5 about the new legal regulations coming in force in Hungary and the physical conditions on the Hungarian- Serbian border.

Commenting on critical remarks by French state secretary for European affairs Harlem Désir concerning Hungary border fence, Szijjártó said the government “supports a joint European strategy when it comes to handling the challenges posed by migration,” and borders need to be protected first and foremost; everything else follows.

Hungary will protect the external borders of the European Union in line with Schengen rules.

He added it had been odd to hear Désir’s criticism of the border fence when France had built one in Calais. Szijjártó said the “extremist remarks” by European Socialist group leader Gianni Pitella, who said “seeing the barbed wire fence feels like returning to Hitler’s time”, were unfair and “beyond good taste”.

Szijjártó called on the European Socialists to stop their “campaign of lies” against Hungary and refrain from statements that “evoke terrible pain in millions and tens of millions”.