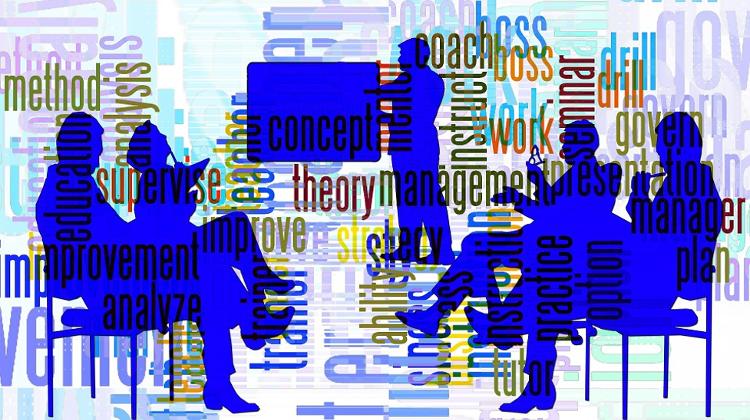 Where Népszabadság identifies a government attempt to divide and conquer teachers’ organizations, Magyar Idők discovers a measuring stick which shows who is working for a solution and those who want only short-term political gain from the upheaval.

If the resistance ceased, there would be no hope of scrapping an educational system that is killing our future, Népszabadság proclaims in its first page editorial. The piece reflects on the turmoil that has engulfed the education roundtable discussions held earlier this week.

The first of a series of bi-weekly consultations between the government and those involved in education and education policy was held on Tuesday in Budapest. The roundtable discussions aim to reach a compromise between the representatives of the government and those of the protesters on problems that caused wide-scale discontent among teachers in Hungary and led to street demonstrations last week.

Some of those invited by the government to the table said they would boycott the event as they claim the list of invitees includes too many participants that have nothing to do with education but are close allies to the government. Teachers Democratic Trade Union (PDSZ) president László Mendrey then changed his mind, and attended (unlike another organization, Teachers Trade Union – PSZ), which caused some rank and file members to threaten to quit his union. A national street protest is planned for Saturday on education, but there is a growing fear among some protestors that the government has already managed to split their movement.

The left-liberal daily accuses argues the government of having hurriedly organized the round table only to pacify the disgruntled, and intending to use a smorgasbord of strategies like fake negotiations, mini-concessions and salami tactics against its opposition. Therefore, the paper welcomes a decision to uphold the boycott by those whom it regards as the ‘real faces of the protest’.

In Magyar Idők on the other hand, Balázs Péterfy says it is now clear who is interested in a long-term solution and who are those who are simply out to gain short-term political benefits from the conflict. Nobody in their right mind, the pro-government daily declares in its editorial, seriously believes that three hours of negotiations would solve all the problems that have surfaced.

These problems, which have not been addressed or have been mishandled for a long time, are not the product of the past three or five years, the author reminds his readers, but have been accumulating ever since the regime in 1990.