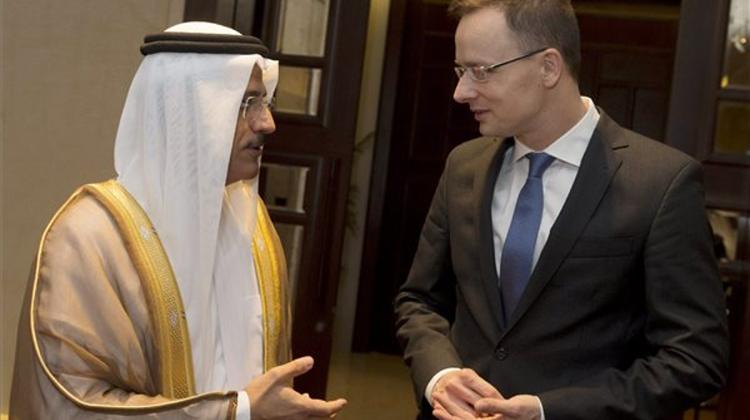 The state of Hungary and Hungarian companies have signed agreements on nuclear energy, the food industry and air transport in the United Arab Emirates, Minister of Foreign Affairs and Trade Péter Szijjártó said in Dubai. Hungary will help train nuclear engineers from the UAE, he said.

A request was made of the government in Dubai to clear Hungarian poultry and beef exports to the country, and a Hungarian dairy company, Köröstej, signed a 22 million US dollar deal.

Szijjártó noted that the UAE is in the midst of building a four-block nuclear power plant. In addition to training the country’s nuclear engineers, Hungarian companies could also bring renewable energy solutions to the country. Hungary will sign an investment protection agreement with the UAE in the first half of this year.

Hungary’s National Trading House already has an office in Dubai, and Hungary’s Eximbank has opened a 406 million euro credit line to support business cooperation, he said.

Szijjártó said he had met with the chairman-CEO of airline Emirates Ahmed Bin Saeed Al Maktoum, adding that the carrier would expand headcount at its service centre in Budapest to 300, making it the second biggest in the world after the one in Dubai.

Hungary is prepared to give Emirates rights to fly to other destinations from Budapest besides only those in the UAE, he said. Hungary is in talks with a UAE chemicals company on a possible 50 million dollar investment in Hungary, he said.

Hungary is competing with another country in Europe for the project. Szijjártó said representatives from 35 Hungarian companies travelling with his delegation had participated at business forums on Tuesday and Wednesday.