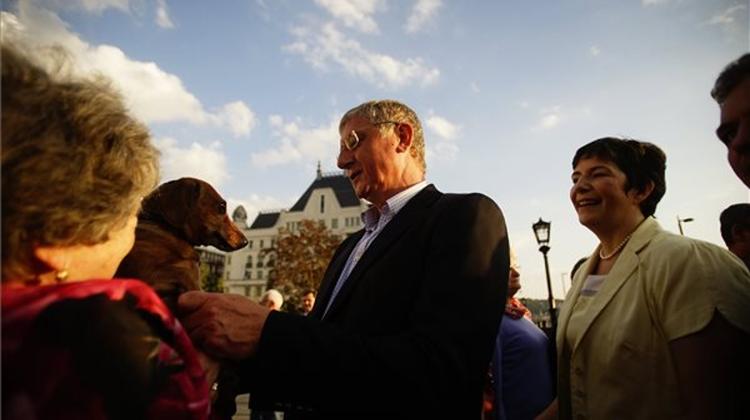 A pro-government commentator pokes fun at the four MPs of the Democratic Coalition who have decided to boycott parliament in protest against the anti-quota referendum and the shutdown of Népszabadság, the number one left-wing daily.

In Magyar Hirlap, Gyula T. Máté accuses DK party leader and former Socialist Prime Minister Ferenc Gyurcsány of hypocrisy, after the Democratic Coalition withdrew its four MPs from Parliament. Máté describes how Mr Gyurcsány told left-liberal ATV television why he could not tolerate the demise of democracy and remarks that although left-wing critics complain about creeping dictatorship, Mr Gyurcsány was actually speaking on television, ‘in the middle of rotten fascist Hungary’.

He also recalls that towards the end of his term as Prime Minister, Mr Gyurcsány barred public institutions from buying Magyar Hírlap or placing ads in it. Human rights activists did not complain at the time, Máté notes, nor did the New York Times urge the European Union to take urgent steps against Hungary for the infringement of press freedom, because as the NYT has recently written, ‘this is how it began with Hitler’.

(In an editorial column on Tuesday, the New York Times called Mr Orbán a nationalist, accused him of rejecting core European values and risking “stirring animosities that less than a century ago led the Continent into world war”.)

Likewise, Máté continues, the liberal western media never objected to the sell–out of Hungary’s state owned enterprises, as a result of which hundreds of thousands of people lost their jobs and a few former Communist cronies enriched themselves. Those same people have since shied away from keeping Népszabadság afloat, Máté remarks.