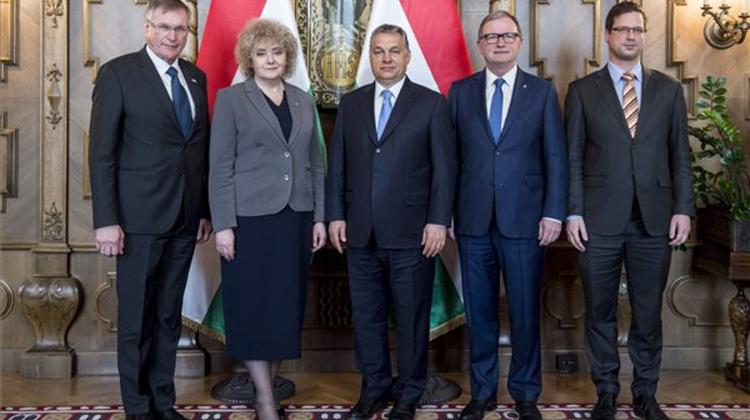 Prime Minister Viktor Orbán met the deputy speakers of Poland, Germany and Austria in Budapest, the head of Orbán’s press office said. Deputy Marshal of the Senate of Poland Maria Koc, Second President of the National Council of Austria Karlheinz Kopf and Vice-President of the Bundestag Johannes Singhammer met Orbán in his office for informal talks, Bertalan Havasi said.

They exchanged views on current European affairs and the future of the European Union, he added.