Orbán: Accusations Of Aim To Close Down CEU ‘Unfounded’ 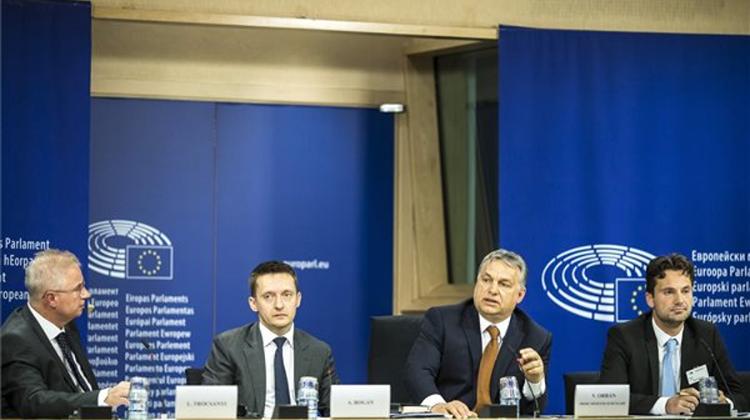 Accusations levelled at the Hungarian government that recent amendments to Hungary’s higher education law tightening rules on the operations of foreign universities in the country are aimed at closing down Budapest’s Central European University are “unfounded”, Prime Minister Viktor Orbán said in a European parliamentary debate in Brussels.

The prime minister said the new rules eliminate an opportunity for “speculation or abuse”, adding that they ensure transparency and remove “privileges enjoyed so far”.

Orbán said that as the leader of an EU member state, he was obligated to ensure that “European and Hungarian universities suffer no drawbacks compared to their competitors”.

Manfred Weber, group leader of the European People’s Party, asked Orbán to consider changes as recommended by the European Commission concerning the contested legislation. He argued that Hungarian students have enjoyed the benefits of the CEU’s dual degrees over the past 25 years and expressed incomprehension at the Hungarian government’s aiming to remove that advantage.

Academic freedom is a fundamental European value, which should be retained and preserved, Weber said, and added that the CEU was doing nothing other than its job.

Orbán said the Hungarian government aimed to settle the matters on the EU’s agenda concerning Hungary through dialogue, the same way it had strived to settle the disputes between itself and the EU in the past.

He said that over the past years, Hungary had settled a number of disputes with the European Union, such as the country’s regulation of its media, the independence of its judiciary, its new constitution or the upgrade of its nuclear power plant in Paks.