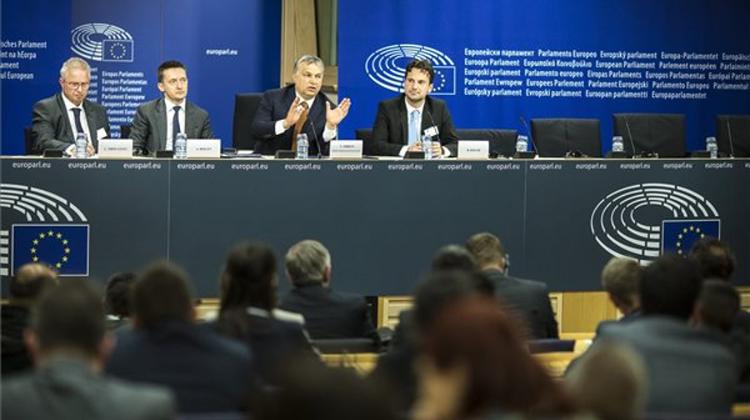 Prime Minister Viktor Orbán said at a meeting of European People’s Party (EPP) leaders in Brussels that Hungary’s government is ready to cooperate with the European Commission on all unresolved legal questions, the head of the PM’s Press Office said.

Just as it has done in the past, and will continue doing in the future, the government wants to settle the infringement procedures brought against Hungary with an agreement, Bertalan Havasi said in a statement.

The prime minister clarified again that the government does not wish to shut down George Soros’ Central European University operating in Budapest, he said.

However, no university in Hungary may enjoy legal privilege; Hungarian regulations apply to all of them uniformly, he added.

Hungarian regulations will not allow the existence of institutions of higher education that operate without any real activity, as “an offshore post box”, in the future either, Havasi said.

The prime minister also made it clear that Hungary’s ongoing national consultation is not anti-Europe, rather just the opposite: it serves the goal of jointly reforming the European Union, which, at present, operates poorly on a number of counts and is in need of renewal, he said.

Orbán asked the help of the EPP on getting the EC to withdraw the planned energy union which would significantly raise Hungarian households’ utilities bills, Havasi said.

He said Hungary can still not accept the uncontrolled immigration of people who migrate illegally, and wants to keep the fence protecting the border - of both Hungary and Europe - in place under all circumstances.