Trial Of Men Charged With Smuggling And Killing 71 Migrants Starts 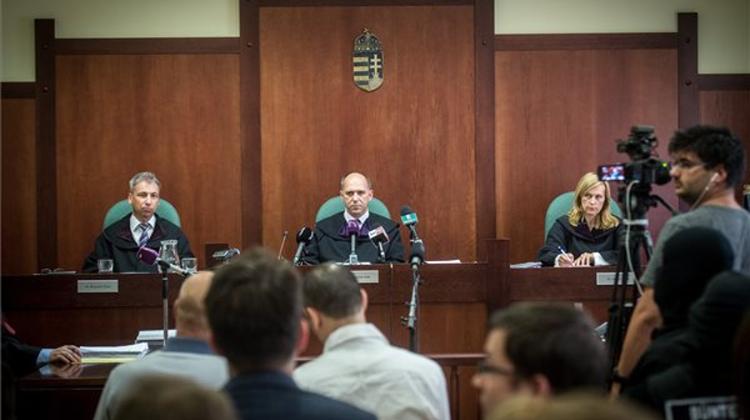 The trial of suspected smugglers involved in the deaths of 71 migrants who suffocated in a refrigerated lorry which passed through Hungary and was discovered in Austria in 2015 started in Kecskemét, in central Hungary, on Wednesday.

Charges were raised against one Afghan citizen, 9 Bulgarians, and one Bulgarian and Lebanese man holding dual citizenship for human smuggling and other crimes by the Bács-Kiskun County Chief Prosecutor’s Office in early May.

According to the charges, altogether 1,200 people were transported illegally to western Europe between February 2015 and August of the same year on 31 occasions in sealed and crowded lorry compartments, an earlier statement by the court said.

Prosecutors are seeking life sentences in the case of four suspects and fixed-term imprisonment and expulsion from Hungary in the case of seven. Migrants from Afghanistan, Syria and Iraq were among the victims found in the lorry with Hungarian number plates abandoned on the hard-shoulder of the A4 highway near Parndorf, Austria, on August 27, 2015.

The lorry which set off from Kecskemét was driven by a 25-year-old Bulgarian accompanied by a 38-yearold compatriot.