Fireworks In Budapest On 20 August To Change Style & Place 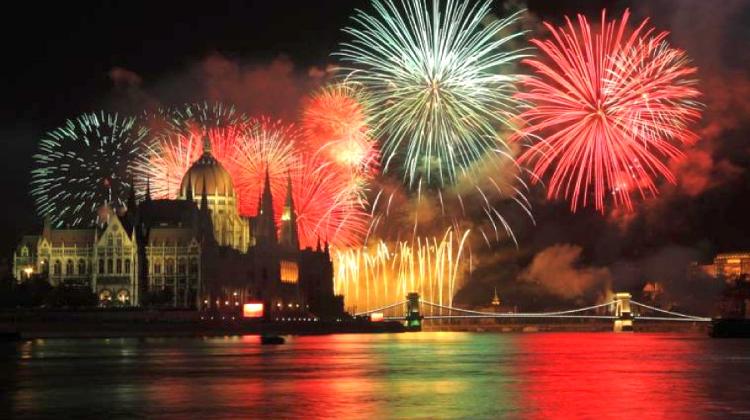 The structure and concept of the fireworks traditionally held on 20 August will be renewed says Ákos Kara, Secretary of State for Infocommunication and Consumer Protection, Ministry of National Development, announced at the press conference on Monday. He also added that they are currently preparing for the most spectacular fireworks of the last few years, reports inforadio.hu.

The State Foundation Day is one of the most important national holidays. This is the one that attracts the most Hungarians, being also popular among Hungarians beyond the borders.

Moreover, a number of tourists are always interested in this event. In accordance with this amount of interest, the organizers are preparing for the national holiday with numerous innovations and high-standard programs – the Secretary of State emphasized.

After consulting with professionals, the organizers decided to relocate the fireworks to another section of the Danube – between the Chain Bridge and the Margaret Bridge. According to Ákos Kara, many new attractions can be presented in this section of the river and the Parliament can also get a bigger role.

NUVU Kft. has won the public procurement procedure announced by Hungarofest Nonprofit Kft., being responsible for the events of the State Foundation Day.

NUVU Kft. organized the fireworks of the opening ceremony of the FINA World Championships as well – they will execute the fireworks of 20 August for about 560 thousand EUR net. “This year there will be three big and fourteen smaller launching points set up on the Danube, supported by 29 additional launches from the Chain Bridge” – Éva Leskovics, representative of NUVU Kft. and executive pyrotechnist informed the public.

She also emphasized that the section between the Chain Bridge and the Margaret Bridge is satisfactory regarding both scenery and safety. The representative also added that the 30-minutes-long show is planned by the most modern software of the industry.

The rockets fit the regulations of the European Union and the fireworks can be stopped by pushing a single button, if necessary. Further information was released at the press conference: More visitors are expected to the celebration than ever.

This year is the first time that the national holiday’s events are organized by the Ministry of National Development.

The morning section stays unchanged As in each year, this year’s programs will also start at Kossuth Lajos square in front of the Parliament, with the raising of the national flag accompanied by military honors. This will be followed by the graduation ceremony of military officers.

The traditional procession will be held this year as well, while the Festival of Folk Arts will be located in Buda Castle – the Secretary of State added. He also stated that particular attention will be paid to safety issues.