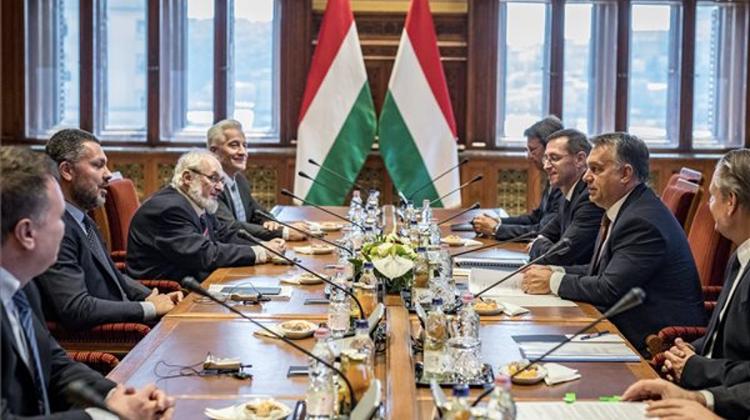 They discussed the enforcement of social rights in Europe and the directive on posted workers, Bertalan Havasi said. Orbán informed Visentini of the Visegrad Group’s initiatives on the latter, he added.

The Visegrad Group, formed by the Czech Republic, Hungary, Poland and Slovakia, has taken a stand against the European Commission’s proposed revision of rules on posted workers -- workers sent by an employer to carry out a service in another member state on a temporary basis -- and rejected charges of “social dumping”.

Speaking at a press conference after the meeting, Visentini said the ETUC and the Hungarian government would continue their talks on the EU’s pillar for social rights and the directive on posted workers.

Visentini said Orbán had told him that Hungary’s support for the pillar for social rights would be conditional on the EU taking into consideration the V4 group’s joint position on the pillar and that its 20 basic principles do not undermine social progress that has already been made in any of the member states.

Visentini called on EU member states to support the pillar at a summit of EU social affairs ministers in Brussels in October and an EU social summit scheduled for November in Gothenburg.

The general secretary said his talks with the Hungarian prime minister also touched on wage differences in eastern and western Europe.
He said the ETUC intended to intensify its relations with its five Hungarian member associations in order to help advance industrial relations and social dialogue in Hungary.