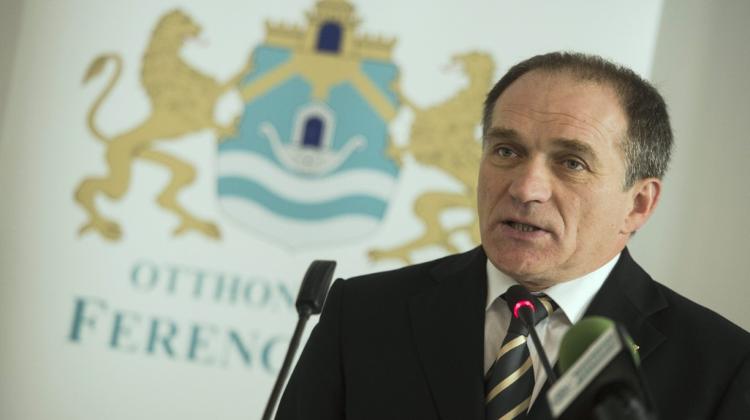 While some 1,500 needy families wait for social apartments in Budapest’s 9th district, Fidesz politicians, members of the district council and their business affiliates increase their wealth by trading in council property, 444.hu reports.

There is an established mechanism in the 9th district to hand over district-owned flats to members of the council and their affiliates. In the district that in the past 20 years saw one of the biggest booms in real-estate prices in the capital, every local politician and assemblyman received an apartment from the council who wanted one. Literally.

The scheme was reportedly the same in every case: after the council finished renovating one of its inner district properties, it either sold or lent it to a council member or an individual or entity affiliated with the individual at well below market prices, despite a long waiting list for council flats.

According to online daily 444.hu, many of the councilmen either sublet or resold their easily obtained properties for large profits.

444.hu cites the example of Gábor Balázs Klekner who purchased a 70-square-meter apartment from the council for HUF 8 million (USD 30,000) in a neighborhood where similar-sized apartments cost four times as much. In addition to the ridiculously low price, the council gave Klekner until 2030 to pay for the flat. Shortly thereafter, he resold the flat to the company owned by the chairman of the district’s asset management company, István Takács.

A few streets further, Brigitta Weiszgáber purchased a 60-square-meter council flat for HUF 6.65 million (USD 29,900) also with a 2030 payment deadline. Weiszgáber immediately put the apartment up for sale and sold it for about HUF 30 million (USD 112,300). This year Weiszgáber won the right to rent a council-owned, three-room, 98-square-meter rooftop apartment in a recently renovated house for an indefinite period. Otherwise, Weiszgáber’s permanent residence is a villa in the prestigious Buda Hills area.

444.hu also revealed that Klekner and Weiszgáber happen to be the owners of Via Appia Nouva Ltd., the company which was awarded a HUF 93 million (USD 348,000) contract to renovate the paving of a district street by the council in 2013. In the same year, Via Appia Nouva concluded a HUF 75 million (USD 280,700) framework agreement with the district for general road maintenance.

The company was also awarded the renting rights of council premises in Ráday street – a popular tourist destination – where they operate a pizza parlor. Although the restaurant was shut down due to debt and illegal use of public space, the council’s confidence in Klekner and Weiszgáber was not shaken. So much so, that they were awarded the right to use the district’s tourist center, renovated from EU funds, which they subsequently turned into a restaurant and café.

Both Klekner and Weiszgáber are thought to be business affiliates of Tibor Rudits, an entrepreneur who has been awarded the annual HUF 150 million (USD 561,350) framework agreement for the district’s annual chimney maintenance works for years. Rudits is also the vice-chair of the Association of Entrepreneurs for Ferencváros, a district association of local entrepreneurs that happens to operate in the same building as the district asset management company.

In April, 444.hu filmed Rudits in a suit walking into the apartment of Fidesz MP and aide to district mayor János Bácskai, József Varga, with two big nylon bags in his hands then walking out just a few minutes later. The news site contacted Varga to learn about the nature of his relationship with Rudits. Varga told 444.hu that “Rudits likes to sail, we talk about things like this.” Rudits and Mayor Bácskai happen to compete together in sailing competitions for years on the sailing ship “Das Boot.”

The BMWs and Volkswagens of Rudits’s company roam the streets of the 9th district with blue strobes and a sticker on the back that reads “Emergency Medical,” parking freely in places where ordinary vehicle owners immediately get fined. Rudits claimed that in their spare time he and his employees do charitable ambulance duty as a hobby.

In May, just after 444.hu published its first article on alleged corruption in the 9th district, HírTV interviewed Mayor Bácskai after a general assembly meeting where he admitted that some 1,500 families were waiting for social flats. To the question of whether he thinks that is all right that while 1,500 families are waiting for council accommodation, Fidesz politicians receive council apartments way below market prices, Bácskai simply said “yes.”

He added that those families who cannot afford to pay 60 months of rent in advance for those apartments that the council lends “on market basis” will have to wait until more council property is renovated, which will happen “in the next 30 years.”