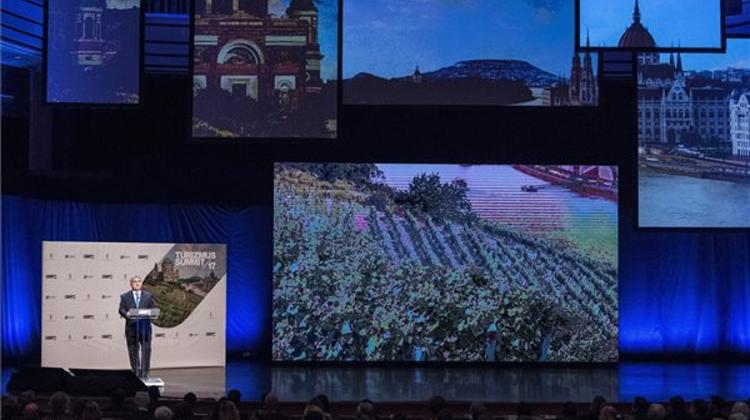 Hungary’s government has accepted the National Tourism Development Strategy 2030, a guideline for “all players of the sector until 2030”, Zoltán Güller, CEO of the Hungarian Tourism Agency, told the Tourism Summit 2017 conference in Budapest on Monday.

Addressing the event, Prime Minister Viktor Orbán said that the strategy will “secure for Hungary a worthy place in world tourism”. He added that the government had earmarked a total 828 billion forints (EUR 2.7bn) to finance the scheme.

Tourism is not merely a source of revenue or a prosperous sector of Hungarian economy but a “form of patriotism, a mission”, he said. Orbán praised the sector’s “unstoppable development”.

He said “2016 was a record year, with the data available suggesting that this year will be even better.”

As for the sector’s achievements, Orbán said that guest nights were up by 50 percent last year compared with 2010, and revenues increased by over 115 percent. He also noted that the sector employs more than 360,000 people and accounts for 10 percent of the country’s GDP.

Through the new strategy, tourism’s GDP share is expected to increase to 16 percent, while the number of people working in tourism could reach 450,000. Orbán said that focal areas of the new strategy are sports, culture and health tourism.

Sports, culture and a healthy natural environment are factors that make Hungary an attractive destination, he said, adding that domestic tourism could see an uptick in future on the back of “growing wages, low inflation and Hungarians having more and more money.”