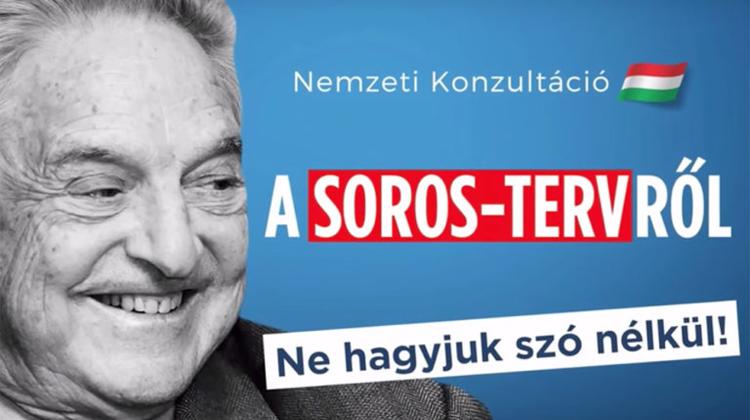 The Budapest Beacon asked several Hungarian public figures, as well as a spokesman for the Hungarian government, about their perspectives on the seven questions the Orbán government is sending to its citizens via a “national consultation” on the so-called “Soros Plan”, as well as the possible impact of the consultation.

Géza Jeszenszky- Former foreign minister and ambassador
“I have no reason to sympathize with Mr. Soros, who was a strong opponent of the Antall government in which I had the honor to serve. But this ‘consultation’ aims at opposing an imaginary scheme, the non-existent ‘Soros Plan.’ So it is just wasting money for misleading the electorate.”

Gáspár M. Tamás- Philosopher
“’National consultation’ in Hungary is a fake plebiscite invented by the Orbán régime. Questions put to the population in the case of a proper referendum are carefully examined by the National Election Committee and by the courts, and the results are counted under legal supervision.

Neither is the case here. There is no quorum, either, so the validity of the responses cannot be decided.

The so-called questions addressed to the citizens – advertised with taxpayers’ money after a biased (and expensive) propaganda campaign orchestrated by the government – are based on glaringly obvious falsehoods, so they are intentionally misleading. Replies, like in the previous cases, will arrive from Orbán supporters only, therefore they will have a North Korean type unanimity of ‘votes’.

The actual ‘national consultation’ concerning the non-existent ‘Soros Plan’ presupposes that an opinion piece by the world-famous wealthy philanthropist and benefactor of human rights groups, published in his own name in a number of journals (and distorted by the Hungarian government’s pseudo-questions), would or could determine the policies of the European Union – which is rubbish.

Mr. Orbán just wants to keep the xenophobic anxiety at a hysterical level because nowadays this seems to be the key to electoral success. It works. But even if it does, a minimum of reason should point out that the government – as the Hungarian saying goes – is lying even when it’s asking a question (akkor is hazudik, ha kérdez). This ‘consultation’ is a flattering testimony to the excellence of our folk wisdom.”

Péter Juhász– Chairman of opposition party Együtt
“Viktor Orbán is just starting another anti-George Soros hate campaign called a ‘national consultation’ so that he won’t have to talk about the real ‘Orbán plan’ that hurts the Hungarian people. Namely, that Hungary is being sold out, serving Putin’s Russia, and guided out of the European Union, and the prime minister is building up his own family using public funds stolen through stooges.

The goal of Viktor Orbán’s so-called national consultation campaign is not to get to know voters’ thoughts, but rather to update his data. It already came to light several times that Orbán’s party illegally creates lists of Hungarian citizens based on their political affiliations, which they use in political campaigning. The lists made famous by party director Kubatov need to be updated before the elections, and that’s why the ruling party is conducting a national consultation again.

During the last such campaign we found out as well that the online version [of the consultation] forwarded Hungarians’ data to a Russian server, and that’s how the campaign poses a national security risk as well.

This is why Együtt is calling on every Hungarian not to fill out this incitement-prone propaganda publication masquerading as a questionnaire, because by participating they lend their personal data to as-yet unknown third parties, whose intentions with regards to using it are unknown.”

The programme of the European Commission on migration bears some eerie resemblance to the ‘Soros Plan’, which does not concentrate on the safety of European citizens but on the reception of a significant number of migrants and their relocation according to quotas.

The reason why these questions were chosen is that these are considered to be the most important ones in order to be able to guarantee the safety of Hungarian and European citizens. In 2015, Hungary proved that mass migration can only be stopped by a three-tier – legal, physical and manpower – defence system.

Should one of these elements be missing, hundreds of thousands might arrive again at the borders of Hungary, and therefore at the borders of the Schengen Area. By dismantling the border fence, we may face uncontrolled mass migration again.

The network of George Soros operating in guise (sic) of a civil society, and the European Commission are jointly attacking those countries that preserve their national sovereignty and wish to exercise their right to decide who they want to live with in their country. Let us just think of the legally senseless infringement proceedings the European Commission has launched or the charges of NGOs, which themselves do not comply with the law in many cases.

The Government can certainly provide arguments for all of its statements and does provide citizens with the necessary information.”